Kullu : Disturbed by the environmental degradation taking place, a concerned youth group from Naggar, the village that famous Russian painter, writer, traveler, peace activist Nicholas Roerich lived in, have taken the initiative of sensitizing the people and tourists about safeguarding the environment in the scenic locale in Beas valley.

Talking to Hill Post, Brighu Raj Acharya of the Himalayan Brothers Adventure about the efforts the group was taking in trying to improve the heritage village environmentally as well as culturally said, “because of its heritage and popularity with tourists, the onus of protecting its environment and cultural traditions is upon us.” 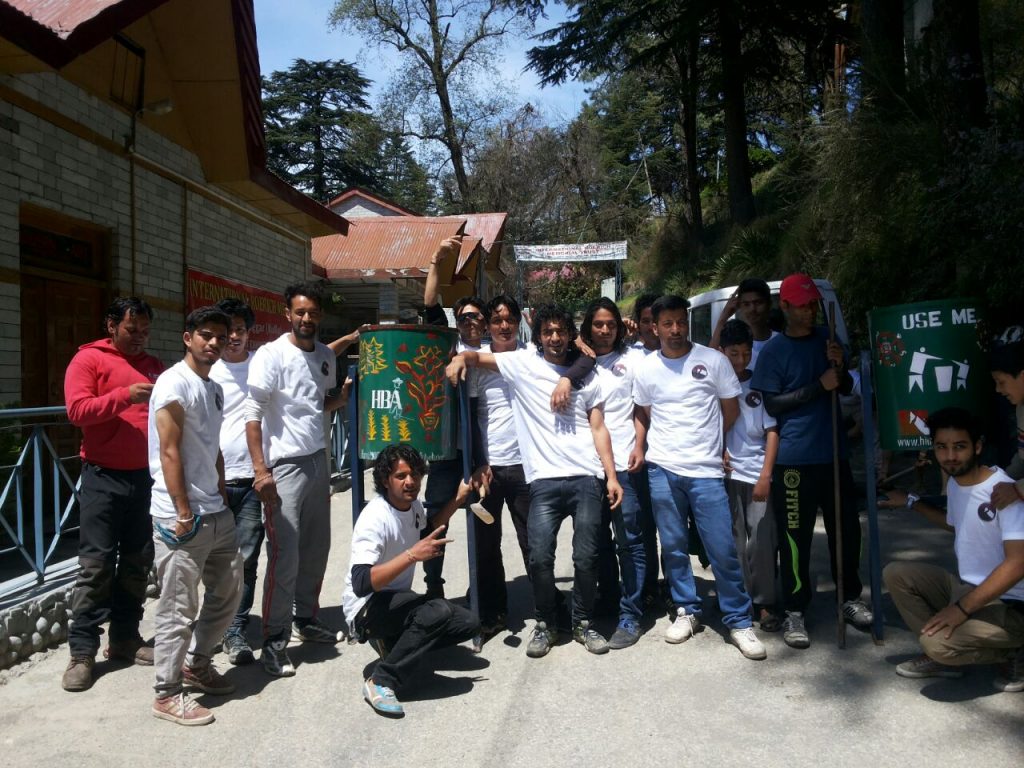 Pooling in funds the group recently (on 13 April, 2015) installed dustbins at temples, schools and other places frequented by tourists and locals. “Its just a small effort to encourage and create awareness about maintaining a clean, green and healthy environment, says Acharya, the chief organiser of the group.”

The effort is entirely voluntary, with each boy in the group assiging the task of keeping one dustbin clean for himself. 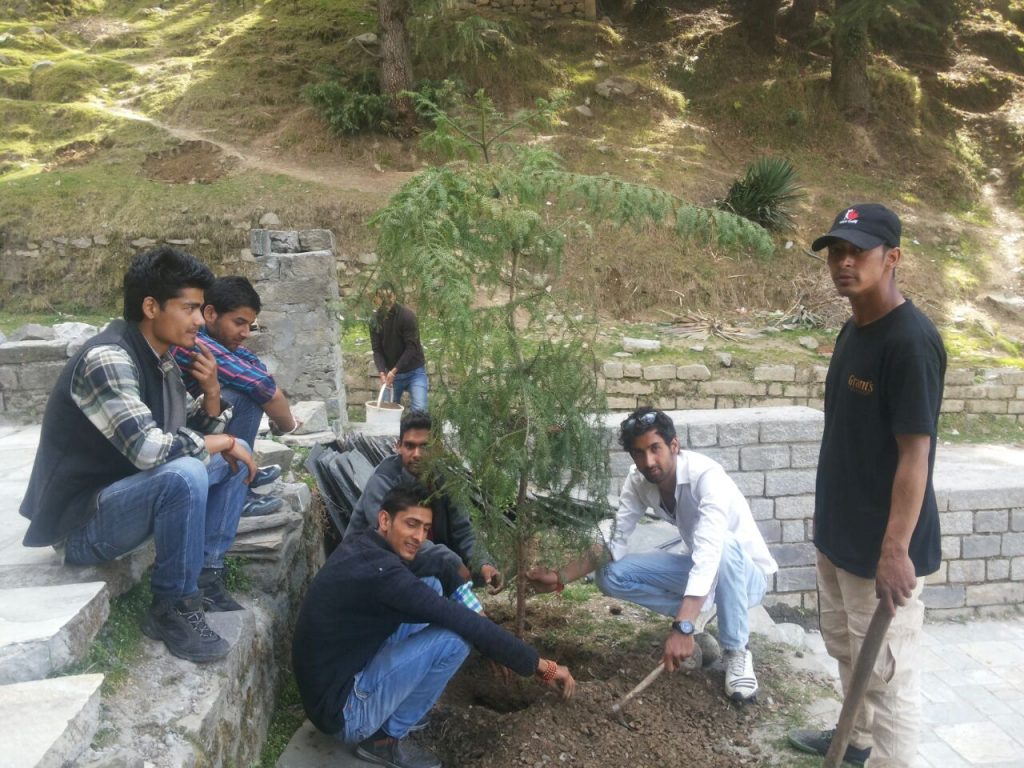 On noticing the noble intentions of the group, he adds, “we feel encouraged with the feedback we are getting from the villagers and now plan to engage teachers so as to educate students about the need for protecting the environment. We would also ask students to help us once a month to clean the village as mere theortial subjects taught with being practically applied mean nothing.”

Getting more youngesters involved the group yesterday planted flower plants and tree saplings around the Tripura Sundari temple complex Acharya said that they they had been making efforts for the last three years but it was only now that their initiative was beginning to get cooperation from the community who were coming forward to sustain the cleaniness drive. 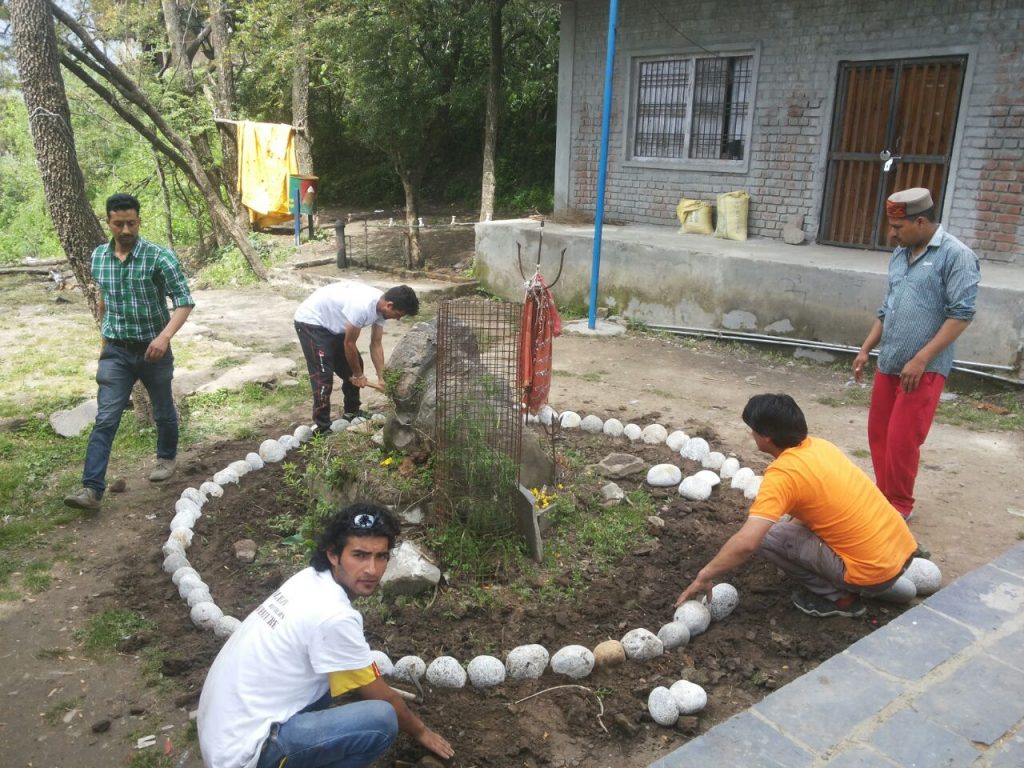 If we continue to get support from the villagers, we would like to expand our operations to other villages also.”

Besides caring for the surrounding, the group has also shown concern for conserving local traditions. 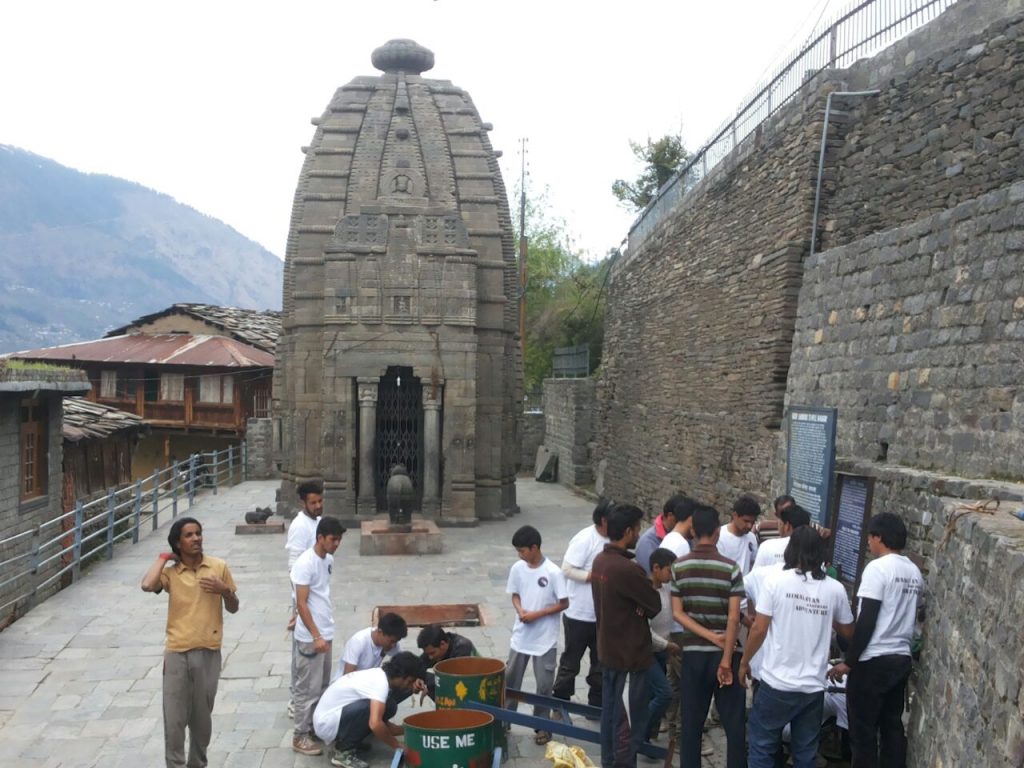 “We all need to conserve and show respect to our rich culture. This message gains importance if the youths themselves become ambassadors of their own culture. It is that’s why, our group has restarted the tradition of ‘Kheer’ (distribution of kheer as ‘prasad’) at Goddess Tripura Sundari temple for we believe that old traditions, with which we identify should be kept alive,” Acharya told Hill Post.

Overlooking the Kullu valley, the heritage village of Naggar is famous the Roerich memorial and Roerich Museum.

The famous artists after having travelled around the globe for many years around the finally came to settle at Naggar. Many tourists visit the village around the year.