Our superior court judges are very fond of quoting that old chestnut about nobody being above the law, but it now appears that they have exempted themselves from this adage. The refusal of the Chief Justice of India (CJI ) to attend the meetings of the newly constituted National Judicial Appointments commission (NJAC ) admits of no other explanation.

The NJAC has come into existence with the passing of legislation by the Parliament, and is therefore now the law of the land, to be observed and respected by all citizens and institutions, including judges of the Supreme Court. It has been challenged in the Supreme Court but the relevant bench has not stayed its operation; in fact. it has specifically refrained from doing so in view of the substantial number of vacancies in the higher courts and the need to regularise the appointments of a large number of Additional Judges in these courts. 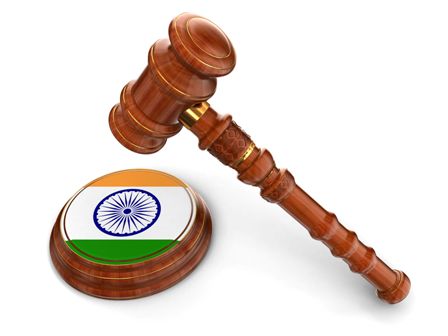 The CJI is the highest legal luminary in the country and he must surely be aware that legal propriety and sense of fair play demands that one’s personal views should never be allowed to come in the way of judicial adjudication of an issue. He may not agree with what the vast majority of people in this country, and Parliament certainly, feel –that justice is too important a matter to be left to judges alone, just as war cannot be left to generals alone; that the earlier repugnant system of judges appointing themselves smacked too much of the manner in which the BCCI made its own appointments (which the Supreme Court itself rightly objected to!); that a wider consultation with other stake-holders was necessary to make choices; that the country had a right to know why a particular individual was deemed fit to don the robes while another was not. Chief Justice Dattu may not agree with this, just as I don’t agree with homosexuality being a criminal act or with the court’s decision granting bail to Jayalalitha and not to the Talwars, even though they are similarly placed. But I defer to the decisions because they are the law of the land, and I am a citizen of this country. What makes the CJI different from me in this respect? – does he enjoy a higher grade of citizenship or is he conferred with some special element of ” lese majesty” that is denied to us lesser mortals?

Over the last couple of years the Supreme Court has stained its escutcheon somewhat, notwithstanding some outstanding judgements upholding the values of democracy. Even if we overlook regressive judgements refusing to decriminalise homosexuality or euthanasia, it has not exactly covered itself with glory in refusing to give information under RTI on a few occasions, in its apparent reluctance to take action against some of its own fraternity accused of sexual molestation, by a former Chief Justice of India accepting a cushy sinecurial post of Governor, by charges being levelled against another CJI who now heads a national Commission, and the most recent one of another Judge refusing to participate in a conference of Judges on religious grounds. Regardless of the merits of these cases, the reality is that the credibility of an institution does not depend on its bricks and mortar, but on the perception of the people, and this perception has taken a beating. The Court is seen as being unaccountable, opaque, elitist- a juridical Gymkhana Club, as it were – and marching to a tune different from what it expects the other organs of the state to march to. The latest show of pique by Chief Justice Dattu can only add to this perception.

Surely the CJI, of all persons, should realise the importance of observing constitutional discipline and the rule of law. Surely he must be aware of the 61,300 cases pending in the Supreme Court itself and the 4.50 million cases gathering dust in the 24 High Courts ? Surely he is not unacquainted with the fact that a major reason for this horrendous pendency is the shocking number of vacancies in these courts – out of 906 sanctioned posts of judges in the High Courts, as many as 251 – almost 30% – are lying vacant ! In UP 75 posts out of 160 are vacant, in Andhra Pradesh the figure is 20 out of 49, in Karnataka 17 out of 50. Surely, by refusing to operationalise the NJAC Mr. Dattu can only exacerbate this position as no further appointments can take place unless he cooperates – nay, complies with – the new law.

It has been suggested by some legal experts that the Constitution Bench, which is hearing the challenge to the NJAC, should resolve the impasse in one of three ways- extend the terms of the Additional judges by an interim order, stay the new law and thus provide a legal excuse to the CJI for not attending the NJAC meetings, and finally, revive the old collegium system temporarily till the case is decided.

I totally disagree with these alibis for what is an act of constitutional impropriety. It should not be the function of the Constitutional Bench to bail out the CJI from the wholly questionable corner he has painted himself into. The new law can certainly be stayed, but to revive the collegium system in the interim would be illegal and unconstitutional – it would amount to negating the will of Parliament without striking down the NJAC on merits. This is  a red line the Court should not cross, for it would create a constitutional crisis this country can ill afford. Is the personal opinion of one man so important that the country should be pushed into chaos?

There is only one solution to this imbroglio – the Supreme Court should ORDER the Chief Justice of India to attend the meetings of the NJAC, and if his conscience will not permit him to do so, then he should graciously step down. Be you ever so high, your lordships, the Constitution is above you.