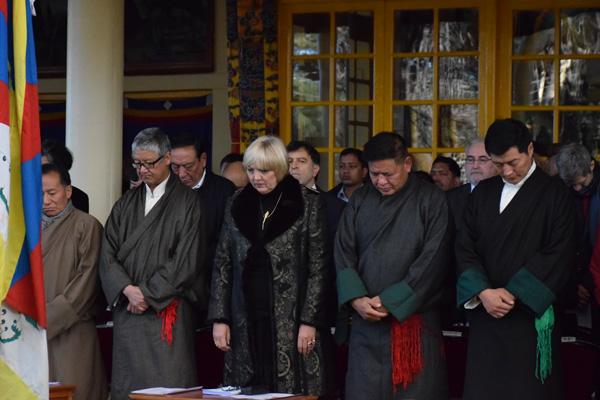 Dharamshala: Holding a silent prayer, hosting a Tibetan National Flag and singing a national anthem that China does not recognize, Tibetan Prime Minister in Exile Lobsang Sangay on a day marking the 56th Tibetan National Uprising Day here today spelled out, “The Tibetan leadership strongly believes that the only way to resolve the issue of Tibet is through dialogue between the Envoys of His Holiness the Dalai Lama and the representatives of the Chinese leadership.”

Hundreds of Tibetans living in exile and their supporters had gathered at the main temple Tsuglakhang to participate in a function to commemorate the uprising day. 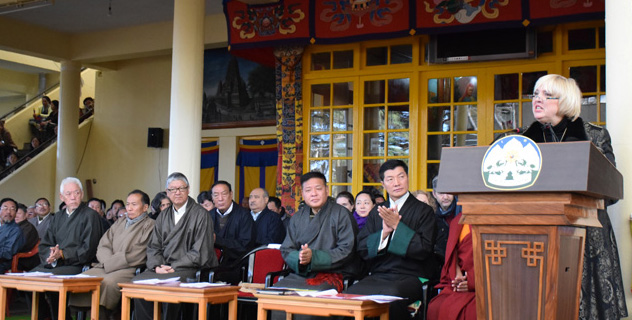 The chief guest for the occasion was Claudia Roth, vice president of the German parliament. Expressing support for the Tibetan cause Roth asked the Chinese leadership to start a dialogue with the exiled Tibetan administration.

“Today is really a special day for any Tibetan and a special day for human rights worldwide,” said Roth. We have gathered here in Dharamshala to mark the 56th anniversary of the 1959 uprising. This uprising is an important chapter in Tibetan and recent world history as it has become a symbol for self-determination and a right to a homeland,” she said.

“Thank you for 56 years of non-violent resistance. Thank you for your commitment, courage, endless patience. Tibetan people have become a voice of hope, peace and understanding throughout the world. Thank you, my Tibetan family,” said Roth. 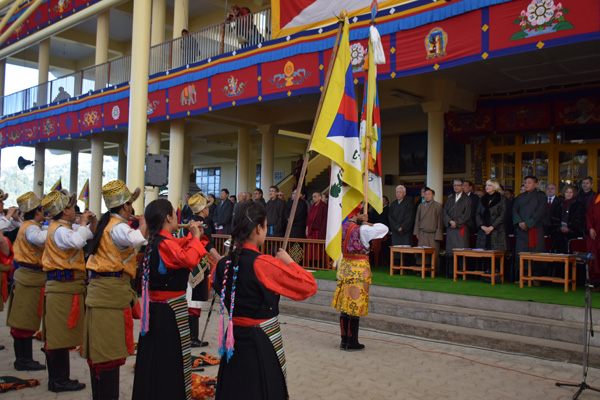 Reiterating his government’s commitment to the policy  of Middle Way Approach in resolving the issue of Tibet, Lobsang Sangay – the PM in exile said, “The Envoys of His Holiness the Dalai Lama are ready to engage in dialogue with their Chinese counterpart any time and any place.”

He added that China must live up to its claims that Tibetans have become their own masters.

“To make this rhetoric a reality, we urge the Chinese leadership to let Tibetans govern Tibet. As China plans to observe the 50th anniversary of the so-called Tibet Autonomous Region (TAR), hardliners in Beijing should heed that repression will only generate resentment,” warned Sangay. 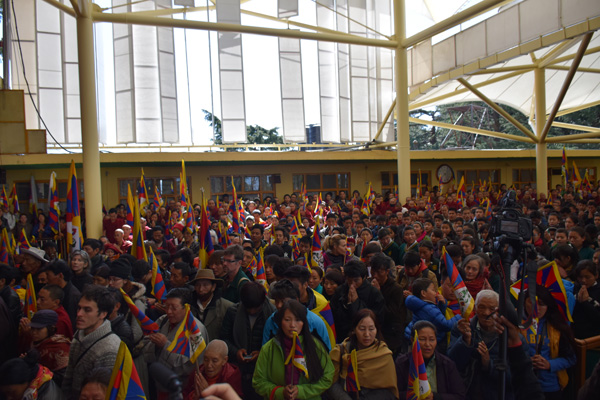 Besides the Tibetans, many foreign nationals participated in a process that started from the main temple and ended at Kacheri, in down town Dharamshala.

It was on March 10, 1959, that citizens of Lhasa, the capital of Tibet, rose up against the Chinese occupying forces, leading to the death of thousands of Tibetans and the eventual escape of the Dalai Lama into exile.

Each year, Tibetans observe the day as the National Uprising Day all over the world.