New Delhi: Delhi High Court today appointed an amicus curiae to assist it on the “maintainability” of a plea levelling charges of criminal misconduct and corruption against Himachal Pradesh Chief Minister Virbhadra Singh.

A bench of Chief Justice G Rohini and Justice Rajiv Sahai Endlaw also discharged the NGO, Common Cause, which had filed a PIL seeking direction to CBI and Directorate General of Income Tax to initiate an investigation under the court’s supervision into the allegations of money laundering and corruption against Singh.

The court’s order came after senior advocate Kapil Sibal, appearing for Singh, objected to the maintainability of the PIL, saying the Chief Minister has imputed “motive” on lawyer Prashant Bhushan, who represents petitioner ‘Common Cause’.

During arguments earlier, Sibal had said in such a situation the court should prima facie verify the credentials of the petitioner before entertaining a PIL.

“Another element to be considered in this particular case is the fact that the real petitioner is Prashant Bhushan and not ‘Common Cause’ … Prashant Bhushan himself is a member of Aam Aadmi Party which has a particular ideology and agenda which is in opposition to other major political parties in the country,” Sibal had then contended. 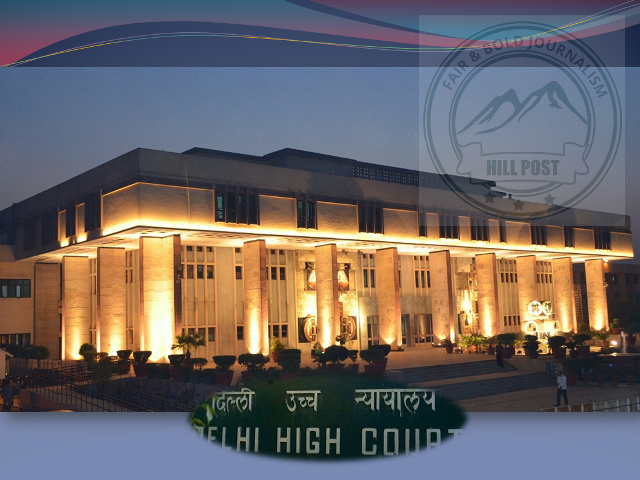 “Accordingly, the petitioner is discharged from present petition. Senior advocate N Hariharan, Senior and advocate Siddharth Aggarwal, who have graciously agreed, are appointed as the amicus curiae, to assist us in the matter. They are requested to go through the materials/records to be supplied to them by the court master, uninfluenced by the contentions of petitioner and to assist us on the aspect of maintainability/ entertainability of this petition,” the court said.

The matter has now been fixed for further consideration on May 14. 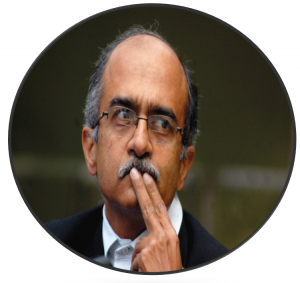 During the hearing earlier, Sibal had referred to a list of dates and events relating to alleged allotment of land in Kangra district of Himachal Pradesh to ‘Kumud Bhushan Education Society’ of which Bhushan was a Secretary.

He had alleged that Bhushan “nurtured enmity towards Singh” who, as the Chief Minister, did not approve the proposal on land allocation to the society on November 12, 2006.

Later when the BJP government came to power, the land was allocated to the society in 2010 on grounds that it would be used for the purpose mentioned by the society, he had said.

The counsel had alleged that on October 25, 2013 the anti-corruption authorities found that the society violated the condition and hence, the land should come back to the state government.

Observing that the PIL was filed in November 2013 in the high court, Sibal had said “from the above factual recital, it is apparent that the present petition has been filed to further the personal grievances/goals of Bhushan, who is admittedly member of the general council of the petitioner (NGO).”

Dealing with the alleged tax violations, Sibal had said that the cause of actions have arisen in Himachal Pradesh, so it has nothing to do with Delhi.

The NGO, in the PIL, had alleged that Singh, during his earlier tenure as the Chief Minister and a Union Minister, was involved in corruption, money laundering and forgery. The charges have been rubbished by Singh.

“In this particular case, the petitioner (NGO) has moved in bad faith. The petitioner should have disclosed all material facts… before invoking the jurisdiction of the court,” Sibal had said, adding that there should be “CBI enquiry against this gentleman (Bhushan)”.

The bench had earlier taken note of allegations of receipt of unaccounted money to the tune of nearly Rs 5 crore by the Chief Minister and filing of revised Income Tax returns for years 2009-10, 2010-11 and 2011-12 by him and had sought a report and documents from the IT department.

The revised IT returns showed an increase in agricultural income to the tune of Rs 6.10 crore, the PIL has claimed.

The PIL has alleged that Singh has amassed assets disproportionate to his known sources of income and sought a court-monitored probe by CBI and the Income Tax Department into the charges of money laundering, corruption, disproportionate assets and criminal misconduct.