Dharamsala: Alarmed by breakout of H1N1 cases reported in Rajasthan and Telangana, the union health ministry has stated that it was monitoring the situation closely and assured that all necessary assistance and support would be provided to states for managing the situation.

Union health minister JP Nadda in a communiqué released here states, “I am  in a constant touch with chief ministers and health ministers of the affected states. The ministry has deputed senior level public health teams to Telangana and Rajasthan to assess the situation and assist the states in managing the current spurt in cases.”

Where people living in the vicinity of Pong Dam backwaters where thousands of migratory water birds have converged for the winters are concerned about possibilities of a bird flu breakout increasing, Nadda stated, “The National Centre for Disease Control (NCDC), Delhi through Integrated Disease Surveillance Programme (IDSP) and the state units have enhanced the surveillance for influenza like illness (ILI) and Severe Acute Respiratory Infections (SARI).” 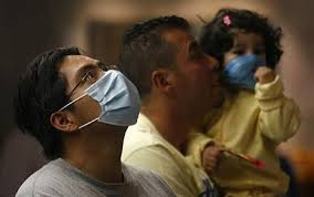 “A 24 X 7 Outbreak Monitoring Cell of NCDC is attending to public queries on H1N1 to keep them informed and to dispel fears and apprehensions, if any,” said the minister.

While the affected states have adequate stock of the drug Oseltamivir, the health ministry also had sufficient stocks of the medicine as well as Personal Protective Equipments. Requisitioned quantity has been provided to the affected states, says Nadda.

A spokesman for the minister said that the central government had been advising the states, from time to time, to build capacity to manage the seasonal influenza.  The states have been given guidance on risk categorization of patients and management of clinical cases.

The ministry in collaboration with the states have also initiated awareness campaigns through print and visual media to educate and inform the public, stated the spokesman.