There is a distinct category of movie goers who are suckers for anything dark, evil and full of vengeance. If you can identify with these traits then Badlapur is your cup of tea completely. You might have guessed from the name, and assumed that it is a typical revenge story. 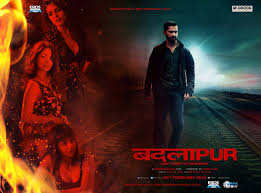 Yes we agree that the story is slightly similar to many other revenge movies, but the execution of the script and the pace of the movie cuts with perfect precision. For a change we would like to mention the writers and their names as they have succeeded in delivering a plot so dark, that sleeping over it will not get you rid of its reminiscence. They are Arijit Biswas, Sriram Raghavan, Pooja Ladha Surti. The movies has been very well directed by Sriram Raghavan, who has to his credit other not so memorable movies like Agent Vinod, Ek Haseena Thi and the trendsetter Johnny Gaddar. 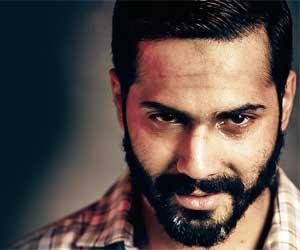 In Badlapur, which we reiterate is not for kids, you are taken on a spooky roller coaster ride in a  fun park where you are the only one having fun. The story begins with a bank robbery which turns very ugly, when the male lead Raghu (Varun Dhawan) loses his young wife played by Yami Gautam and his son. The events spiral out of control after this tragedy hits him, and you are left holding on tight to your seat. 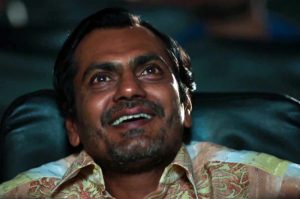 In a revenge saga there can be only two sides one where the protagonist takes it lying down and other where he decides to take the matter in his hands. Raghu in Baldapur decides to go for the second option. You will leave the theater with a load of ethical questions that might be difficult for most of us to answer. And after you watch the movie do let us know who according to you was the protagonist and who was the antagonist. 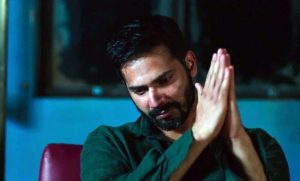 The character of Raghu evolves into somebody who is sinister, dark and has convinced himself that his only purpose in life is to take revenge. You might find some of his revenge tactics inhumane and un-acceptable. But explain that to a man, who was forced to turn into a revenge seeker overnight from a loving father and doting husband.

A psychopath who will stop at nothing to settle his score!

Layak the man who loots the bank is superbly played by Nawazuddin Siddique. He is punished for the robbery, and the unforgivable turn of events that lead to the death of two innocent humans. Spare a moment and seek the deeper meaning of the movie. The good tree ( Varun/Raghu ) was axed by Layak and it turned the him into an evil one. Layak, the axe is punished both by the law and the forces of nature that conjure to work against him. He also has to suffer the fury of Raghu’s vengeance, since he was the one who turned him evil from good.

“The axe forgets, but the tree remembers”.

In the movie you see Layak make a chair and feel completely satisfied with his achievement. So should we assume that the axe has changed roles from a destroyer to a creator? Think about it. There are certain scenes in the movie that will refuse to be blocked out of your mind and force you to think. 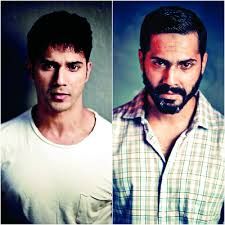 The metamorphosis of Varun Dhawan is complete with Badlapur. David Dhawan should now be satisfied that Varun Dhwan has finally arrived, and is here to stay. You will see Varun like you have never seen him before. 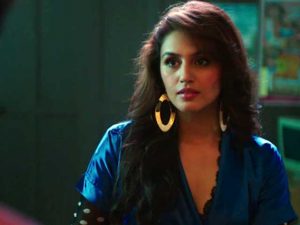 The supporting cast of Huma Qureshi, Divya Dutta and others play their parts very well. This is one of those movies that is rare and powerful enough to stand alone without any comparisons. A special mention must be made of the back ground score and songs by Sachin Jigar.

Go watch the movie for human emotions at their most raw and lethal best. Go in expecting nothing and you will come out feeling scorched.