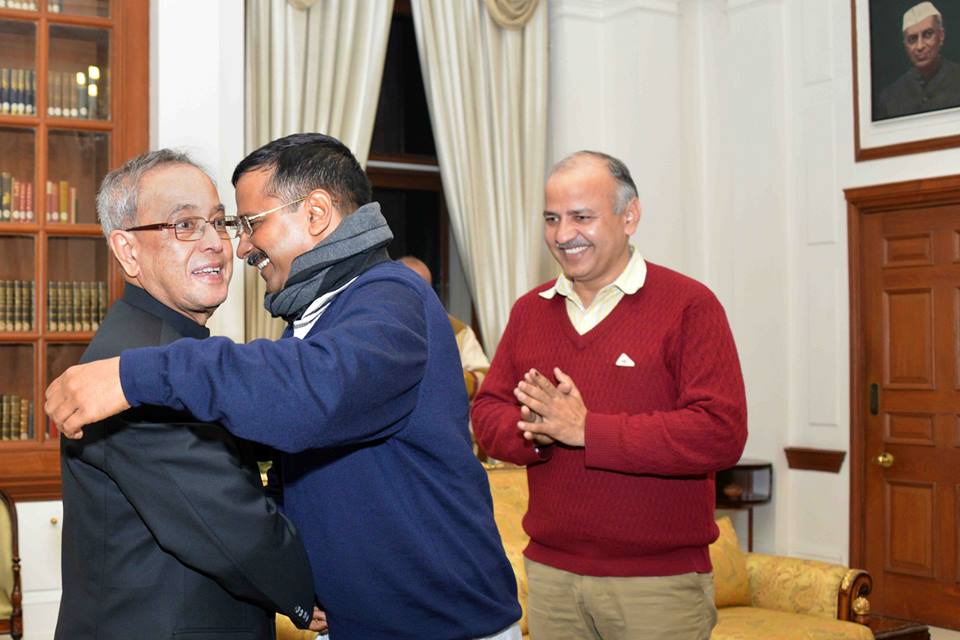 The stunning victory of Aam Aadmi Party in Delhi state assembly elections within a span of less than a year is indeed historic. Its re-emergence is a milestone in Indian politics. With arrival of Arvind Kejriwal as Chief Minister 2.0 of Delhi, be prepared to witness a paradigm shift in Indian politics.

The victory is not only a resounding verdict on the steadfastness, self-belief and hard work of largely volunteer-driven Aam Aadmi Party; it is equally a reminder to the incumbent BJP (at Centre) that public goodwill cannot be sustained if promises are not kept.

At national level, Modi –who came into power with a thumping majority on the plank of clean governance and development- soon, was seen as a man not willing to look at the issue of corruption and black money through a common’s man lens. Rather than focusing on governance that brings reprieve to common man, Modi has so far chosen to craft symbolic pillars and exhibits for the slogan of development and governance.

Even at the state level in Delhi, BJP never walked the talk! Despite initially refusing to form government as it was short on numbers, why did it make frantic attempts to form government in Delhi state by horse-trading in last several months? Secondly, general public ever suffocated with simmering corruption and inefficiency in offices, and MCD (BJP-controlled) found no improvement in quality of local infrastructure; rather it was thrust upon with a larger than life portrayal of its Prime Minister.

It goes to the credit of Kejriwal that his party was able to highlight this duplicity and at the same time thwart the efforts of government formation by BJP by hook or crook. Despite the fact that media and intellectuals had written off Kejriwal’s politics, the diminutive figure kept his peace and kept demanding for what a common man aspires- right to better civic facilities and some grace!

Then came the para-trooping of Kiran Bedi by BJP. What initially seemed to be a masterstroke, in retrospect Ms. Bedi did a disservice to her newfound love by needless utterances, grumbling tone and tenor. Similarly, Mr. Modi on a path to leverage Obama’s visit to impress upon Delhi voters, went on to wear a 10 lakh suit with embroidered pinstripes with his name in golden color. It left a common man gasping for breath!

With BJP ascending to power in Delhi in May last year, the local state unit was in a formidable positon to serve the public through its MLAs and a supportive Lieutenant Governor, but it chose to direct its energy on personally attacking Arvind Kejriwal and continue labeling him as a bhagoda (absconder). Rather than taking a cue from the transparent manner of fund raising by a fledgling Aam Aadmi Party, BJP on the opposite chose to vilify AAP. Buoyant with Lok Sabha victory, BJP also chose to rake up divisive politics based upon religion.
Slowly and steadily it is becoming clear to the public that Mr. Modi is not a reformer. He wants to maintain status quo of administration, sprinkling with a little bit dose of development. Had he been serious about reforms then the crucial appointments of Chief Information Officer (CIC), and Lokpal would have been done without delay. Similarly what is preventing him from bringing legislation through Parliament leading to transparency in political finance?

Delhi assembly elections 2015 are a watershed in the history of Indian politics. What started as a hiccup and bump experiment in 2013, the re-emergence of Aam Aadmi Party has now an approval stamp on a few defining characteristics in Indian politics.
Aam Aadmi Party has amply proved that elections can be fought with white money donated by public. It also has exemplified that if there is a will, money influence can be decreased in politics.

AAP also set a new standard in Indian politics by advocating what we call the phenomenon of primaries or caucuses to choose the candidates for elections. While AAP itself has not been able to put this fully in practice, the party has given people a talking point about concepts like ‘internal democracy’ and primaries.

AAP also stirred the Indian politics by rejecting the caste and community equation in fielding the candidates. In Delhi elections, caste and religion were not the primary basis of selecting a candidate and the election results have shown that it went well with the electorate.
These elections have reinforced another interesting phenomenon of what we call “Citizen Politics”. Aam Aaadmi deciding to take a plunge in politics, aam aadmi deciding to contest elections and successfully winning several seats gave a jolt to the usual stereotypes that politics was a domain of the wealthy and the privileged few. Also, the methods adopted by AAP like door to door campaigning, engaging people in nukkad meetings, music walks, metro train campaigns not only gave them time to connect to the electorate, they also proved to be very economical models of election campaigning. In fact, topi (cap) and jhadoo (broom) were good eye catchers for the public.

The spirit of volunteerism in politics is another fascinating aspect that AAP has been able to successfully demonstrate and sustain. The overwhelming response of people coming from out of Delhi and even abroad to volunteer their time and skills is a testimony to mass mobilization. Whereas other parties have an established culture of paid workers, AAP was able to mobilize public participation for the political action.

Let us hope, an era of new politics demanding more accountability and transparency has arrived!