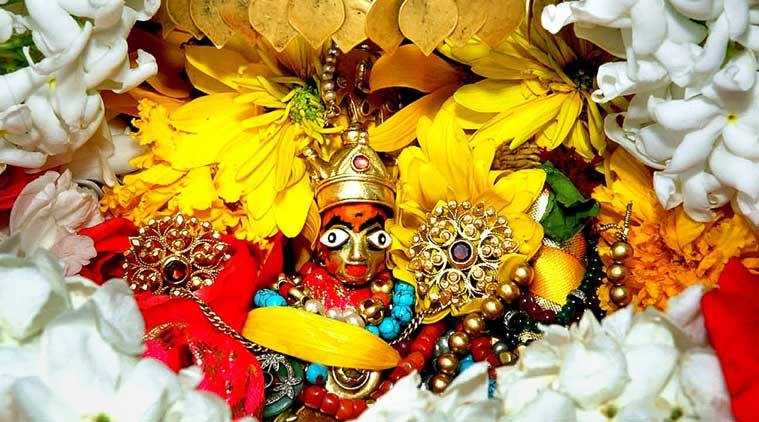 Kullu: A crack team of the state police have successfully recovered the antique Lord Raghunath and other revered idols that was stolen from the private temple of the Kullu royal house at Sultanpur over a month ago.

Where idols of Salig Ram, Hanuman and Narsingh were found hidden under a pile of rocks near the theft site, the main idol of the presiding deity of Kullu valley – Lord Raghunath was recovered from Bajaura, police officials disclosed.

On the morning of 8th December 2014 the temple priests and the state security personnel deployed at the temple discovered that the idols, about 10 Kgs of silver and 1 Kg gold were stolen from the Lord Raghunath temple located in the Sultanpur palace complex. The thieves had entered the temple through the roof and decamped with the booty. Surveillance cameras placed at the site did capture images of three persons but it was difficult to identify the thieves from the bleak footage.

Source disclosed that a crack team led by additional director general Sanjay Kundu and police officers Surinder Verma, Abhishek Dhullar and Kushal Sharma were able to make the breakthrough after data mining the records of over 1000 mobile phone numbers that were active in the area during the intervening night when the theft took place.

More than 500 people were questioned during the month long investigation.

Clues gathered from ground investigations, resemblance of the thieves to Nepalese suspects especially as their mobile phones became inactive after the crime led the police to track one of the suspects to Nepal. The local circuit camera is also said to have captured the prime suspect visiting the temple time and again.

With some calls received on the prime suspects phone were from Nepal, the Himachal Police sought assistance from central agencies to track him to his village. The Nepal police was asked to detain the suspect. It was on his interrogation that the Himachal police got to know where the stolen idols lay hidden.

The daring act had shocked the residents of Kullu valley as more than 300 Devtas (deities) each year converge to pay obeisance to Lord Raghunath during the famous Kullu Dusherra festival. The original idol is said to have been brought from Ayodhya in 1637 AD and the Kullu royal scion Maheshwar Singh is the guardian of the temple and the idol.

Interestingly, oracles of the other deities in Kullu valley through their Gur’s had made the revelation during the investigation period that the much revered idols had not left the valley and would soon be recovered.

However, the local people were much concerned as how to hold the Dusherra festival without the presiding deity. Recovering the idols has put all concerns to rest.