As the year comes to an end, let’s look back at 2014 and celebrate the New Year with new aspirations and goals.  Year 2014 was a mixed year full of tragedies, success and new opportunities.

For the State government it was quite a challenging year as the start was not on a good note. It gave a big jolt to the State Govt. when a devastating fire swept through the British-era Gorton Castle Building which houses the office of the Accountant General of H.P. reducing the two floors of the magnificent heritage building to ashes. Originally this building was made mainly of iron and stone work.

The site was belonged to one Gorton, ICS in 1840. After changing hands thrice, it was purchased by a banker, Sir James Walker for Rs. 80,000. He wished to gift it for construction of a hospital. After much discussion and persuasion the building was acquired for its offices and Sir Walker was given an alternate site where Walker hospital was constructed.

It was followed by a theft in the famous Raghunath temple which is known for its good sense of architectural beauty in Sultanpur Palace at Kullu, when an antique crown and 165 gm of gold and 41 Kg of silver were stolen after thieves gained access through the roof. Market value of the stolen precious metals has been assessed at Rs 24 lakh but the antique value of the stolen goods in the international market price was said to be in crores of rupees.

Unfortunately on 8th December the temple had a second theft and the 17th century old idol of Lord Raghunath, which is the presiding deity of Kullu Dushera, was stolen.

Many in Kullu feel that the historic Kullu Dushera will lose its significance without Lord Raghunath’s idol that use to lead the holy Chariot during Dushera. Around 400 deities who participate in the congregation comes to pay their obedience to Lord Raghunath- the most powerful deity in Kullu.

as the water flow in the river was suddenly increased while they stopped to click some photographs on the edge of Beas River in Mandi-Manali National Highway.

In August the Himachal Pradesh Chief Minister, who is holding office since 2012, got a major setback as allegations were made against him accusing him of money laundering, owing illegal assets and criminal misconduct during his tenure as a Union Minister.

For country’s congress party year 2014 was full of bad luck. During Parliamentary elections held in the month of April-May they were defeated by a huge margin. In Himachal congress lost all four seats. It was a big setback to the party.

Politically speaking, 2014 was definitely a year for BJP and Prime Minister Modi. 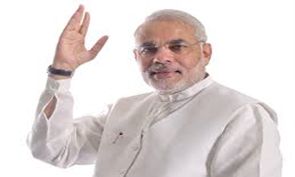 In September the nation was hit by tragedy when Kashmir witnessed the worst flood in its living memory. Thousands of people were rendered homeless in the disastrous flooding.

Over 200 people were killed and many more displaced in the deluge in Jammu and Kashmir.

On the good side, India achieved a huge success with the successful launch of Mars Orbiter Mission (MOM), also called Mangalyaan when the low-cost Mangalyaan spacecraft entered orbit around the Red Planet on 24th September, after a 10-month-long journey. The success of the mission represents a milestone in the country’s space program.

It is India’s first interplanetary mission and ISRO (Indian Space Research Organization) has become the 4th space agency to reach Mars, after the Soviet space program, NASA and the European Space Agency. India is the first Asian nation to reach Mars orbit on its first attempt.

Worldwide year 2014 was full of violence, abductions and brutal massacres.  It saw the rise of terrorism and muslim fundamentalism extremists like ISIS, Taliban, Boko-Haram and Al-Qaeda etc.

The recent terrorist attack on an Army Public School in Pakistan by members of Tehrik-i-Taliban who entered the school and killed hundreds of minor school children is one of the deadliest attack ever.

The Ebola virus outbreak is one of the largest in recent times. It is considered as the most deadliest and wide spreading disease. So far more than 7000 people have died due to the epidemics of Ebola virus disease in West Africa.

As the New Year awaits for us, we can only thank and bid goodbye to year 2014 for all the lessons it taught us and welcome the New Year with a new hope, aspirations and good wishes.