Its my wife’s birthday later this month and I’ve been thinking of inviting a few people for dinner and drinks. And that’s precisely where the problem lies. Extending invitations nowadays is a risky proposition, what with the entire nation watching including Arnab Goswami, Shobha De, Swami Adithyanath and Manu Singhvi (when he is not growing termites, that is). Look at what happened when Prime Minister Modi invited Nawab Sharif to his swearing in: half the nation was swearing at him instead for extending this courtesy to our Enemy No. 1. And soon thereafter the Shahi Imam of Jumma Masjid was held by some to have created a constitutional crisis by NOT inviting Mr. Modi to his son’s “dastarbandi”! Finally, last week another furore was engendered by the selective guest list for the Nehru birthday celeberations. Things have come to such a pass that, no matter who you invite, or don’t, you are likely to be labelled either a right-wing fundamentalist or a ” sickular”, a capitalist or a Nehruvian socialist, a war-monger or a spineless pacifist, a status quoist or an anarchist, and worse. 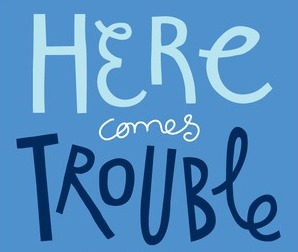 I have difficult choices to make, as you can see. I can’t invite Mr. Modi for a number of reasons, the main among them being that I neither belong to the Gujarat cadre, or to the Vivekananda Foundation or to the RSS or to the NRI community. Furthermore he may consider the invite as a ploy to wrangle a post-retirement sinecure (he may not be wrong in this but that is not the point). The point is that he is likely to refuse, and what would my wife think of me then? – that is, if she thinks of me at all.

I could invite Mr. Rahul Gandhi, I suppose, but he is an impulsive person and he might just tear up the card and throw it into the nearest dustbin where that old ordinance is probably still lying. Or he may regard my usually backward looks as indicating that I belong to an OBC family (he HAS made mistakes before, you will concede) and decide to spend the night at my place and have only dal and chapattis for dinner. That would be very inconvenient.

Another possibility is to invite Mr. Robert Vadra, but approaching him with an invitation is a bit of a risk. He is likely to scream: ” Are you serious? Are you serious?” four times and knock me down (once is enough in this case) with his sixteen inch biceps. On the other hand, if I DON’T invite him I’ll never get that DLF flat in Gurgaon that I have my eyes on.

You see my dilemma? Issuing invitations is serious business these days. But it was not always so and there have been a few memorable moments in my career worth sharing.

In the early eighties I was posted as a Deputy Secretary at Shimla, still wet behind the years and laboriously climbing the learning curve. One day I received an invitation from the Governor for an ” At Home” in the Raj Bhavan the next evening. This clashed with my squash game and, since the most potent drink served at the Raj Bhavan was tomato juice laced with Chyawanprash, I decided to skip it. The day after I was summoned by the Chief Secretary and given a proper dressing down with an implied threat of being posted to Spiti as the OSD (Potatoes, Peas and Ponies).

” Yes sir”, I mumbled, but wanting to get things right the first time, I further ventured:” But what about an invitation from you to me sir-what would that be?”

“That, Shukla,” he yelled,” would be an act of folly! Now take that junior-scale arse of your’s out of my office!”

Today, even though that “arse” has now retired in the apex scale, I take invitations more seriously. 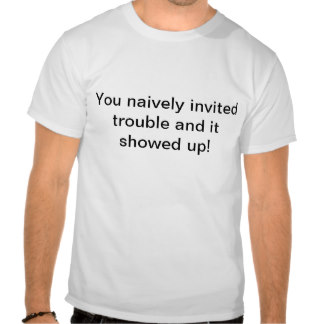 Well intended invitations can sometimes have unintended consequences. I was still at Shimla when Mr. IK Gujral became the Prime Minister and arrived at Shimla with his family for a holiday. I had worked with him earlier when he was the External Affairs Minister and could also claim a tenuous relationship with him. Armed with these credentials I called upon him and invited him and his family for lunch to my home: the gracious and warm person that he always was, he immediately accepted. The local administration and SPG was duly informed of this for making the security arrangements.

The next morning the SPG arrived at my house even before the bed-tea in the form of three burly officers in track suits. They rousted me from my warm bed and poked into all nooks and crannies where assassins could hide or bombs be planted. Since it was a house that was a hundred years old there were numerous such places so the dogs were called in. Three fat Labradors were summoned who promptly started romping in the garden with my golden retriever: they didn’t find any bombs but they destroyed all my flower beds and were sent away in disgrace. The SPG then turned its attention to my neighbours, all very senior IAS officers who could make or break (more likely) my career. Disappointed at not having been able to implicate me in a plot against the PM, they poured their professional training and expertise on these folks. They were all ordered to close their windows and doors and stay inside till the PM left my house: it was hinted, not too politely, that any head that poked out would be blown away. Hell hath no fury like an IAS officer being ordered about by an IPS officer (unless it be that IAS officer’s wife) and it was a long time before I was forgiven for this “humiliation”.

One fat policemen was stationed INSIDE the tiny kitchen where Neerja (my wife, folks) was cooking the lunch for Mr. Gujral and family! He would not move out in spite of all our entreaties: his job, he stated, was to ensure that no poison was put into the food being cooked for the PM. The situation was getting desperate: Neerja wanted him out and had that NIKE look on her face (JUST DO IT!), and the cop wouldn’t budge. Taking advantage of a break when she had left the kitchen I pleaded with the copper: ” Listen, just take a look at what my wife has cooked. Don’t you think that if Mr. Gujral can survive this kind of food, he can survive any poison?” Surveying the smorgasbord of burnt and oily stuff on display, the constable gave the knowing smile only a husband can, nodded as if in agreement and left. I am glad to report that Mr. Gujral survived the lunch and I went up a couple of notches in Neerja’s estimation. Another reason why I just can’t invite Mr. Modi. Any marriage can take only so many shocks, and no more.

And now its time to let you all in on a well kept secret. Have you ever wondered how, whenever one invites people over for a wedding, engagement or the birth of a child, the first to land up are the ” hijras” or eunuchs? They WILL NOT LEAVE until you fork out a considerable sum of money to them – and their demands keep pace with the rate of inflation. The going rate in South Delhi is anywhere between Rupees Fifty Thousand to One Lakh! This is their secret: they have informers in all the printing presses (where the cards are printed) and the hospitals/ nursing homes (where the deliveries occur) and so know immediately where to go and do their song, dance and swearing routine. These days I am sure they also have Google maps. The way to beat them is to issue your invitations on-line. Not only will it save you a lot of money, it is also environmentally sustainable as it cuts down on the need for paper. Of course, this stratagem will endure only till some nerd from IIT develops an app to track all on-line invitations. But hopefully by then people will stop marrying in favour of live-in arrangements, and couples will prefer to freeze their eggs for posterity instead of having kids.

Postscript: I’ve decided to take Neerja to Murthal on her birthday. Not only are the parathas there to die for, but hopefully there will be no Prime Ministers, SPG, Labradors or Hijras there.