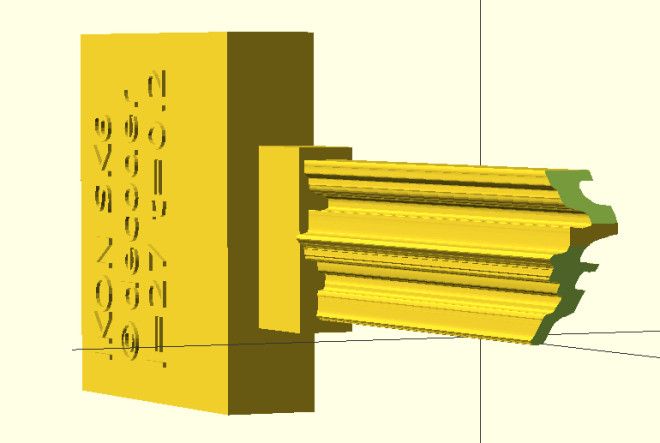 Picking of locks is one of the oldest skills in the history of mankind. While picking of common locks is a child’s play, the more intricate ones baffle the even best in the trade. The 3D printed skeleton keys are aimed at making life easy for the experts. The designers Christian Holler and Jos Weyers have created custom printed strips of metal and plastic that can break open the most highsecurity locks in matter of few seconds. And the catch here is that you don’t even need the original key for it.

In layman’s words it can be called a ‘bump key’, as it can be hammered into a lock in order to pop open the pins. The designers have created software called Photobump that clicks an image of the keyhole and converts it into a 3D imprint of the lock. And all this is possible without the use of a 3D printer.

The technique still has to be perfected and whether it will work on all locks is still to be determined. The scariest aspect of this whole project is the fact that a lock can be picked, without even looking at the original key. In other words by picking of locks, is set to be as simple as bumping on them with a hammer.

Major lock makers across the lobe are not buying the theory readily and are also tightlipped about the security concernsthat a bump key will lead to. But Holler and Weyers stand put and are determined to make their key trick even more cheaper and easier.

They have presently collaborated with Shapeways, to produce these high resolution nylon keys for just 5 euros each. Consumers can use the Photobumpsoftware to click an image of the keyhole and place the order at i.Materialise or Shapeways.

Lockmakers getting upsetabout the bump key need to look inwards and produce locks thatare bumpresistant and without an printable parts.

Like they say for every lock in this world there is a key.