The main film and television industry of India might be situated at the commercial capital of Bombay or Mumbai, yet it isa noticeable fact that since the industry’s inception, numerous Bengalis from Kolkata have been a major part of it.

In this list, we shall make an attempt to jot down the names of famous television personalities who are from Kolkata—

This Bengali hot bod is the newest “thing” in the world of television and has made it big with the serial, Na Aana Iss Des Laado, a blockbuster serial.

Before this serial, he had also been parts of a couple of television series aired on NDTV Imagine and had also acted in Koi Aane Ko Hain showed on Colors—it was his first serial.

For his role in Laado, he had also baged the Colors Golden Petal Awards in 2011. The actor is currently working in a blockbuster Bengali serial, Bojhena Shhe Bojhena.

Although now he has left Television, his serials were a great source of entertainment not only for the regular serial watchers, but also among the young and teenage girls—for obvious reasons!

Now all the regular serial addicts out here, do we need to introduce her anymore?

She has been one of the best and most loving beti of India, and every mother-in-law wants a bahu like her.

Surely, Iccha or Uttaran had been able to cast a spell over millions of Indians at one go!

She’s again another famous name in Indian Television thanks to her stint as a “roadie” in MTV Roadies Season 8.

Later she went on to do a number of famous serials like Adventures of Hatim, Ek Dusre Se Karte Hain Pyaar Hum, Ghar Aaja Pardesi, Chhanchhan and many more. 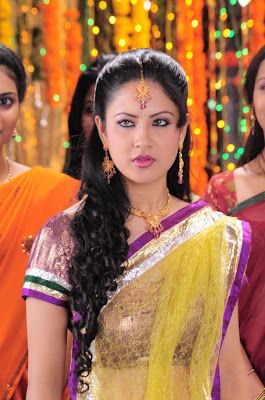 Pooja Bose a.k.a Puja Bannerjee (not to be confused with the above maiden) has been around for a while now and has already tasted much success and appraisals for her roles. She had been a part of Kahaani Humarey Mahabharat Ki, Tujh Sang Preet Lagai Sajhna and few others.

However, the main accolades came hurdling by when she depicted the role of Parvati in the mega serial Devon Ke Dev—Mahadev.

Puja also got the chance to feature in Govinda’s music album Gori Tere Naina and also participated in the famous celebrity dance show, Jhalak Dikhla Ja. She is now busy signing for and doing films in West Bengal.

No matter whether you’re into watching Television or not, you simply have to be acquainted with this celebrity—Ronit Roy.

He has been a major part of the critically acclaimed film, Udaan and the blockbuster 2 States too. 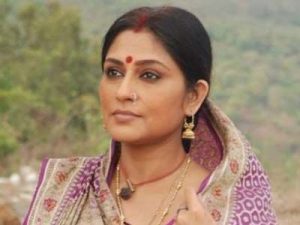 One of the most talented and respected actors both in the film fraternity and TV, Roopa Ganguli is no stranger. She was, in fact, one of the first heart throbs in Indian TV who swayed the hearts of all when she portrayed the character of Draupadi onscreen in one of the first mega serials of India, Mahabharat.

Afterwards, she had been seen in various serials among which her role in Agle Janam Mohe Bitiya Hi Kijo deserves a mention.

She is also an award winning film star in West Bengal and has numerous commendable roles in critically acclaimed films in her kitty.