A tripartite agreement between the union government, the World Bank and the Himachal Pradesh government was signed at New Delhi today, a spokesman for the state government stated here. 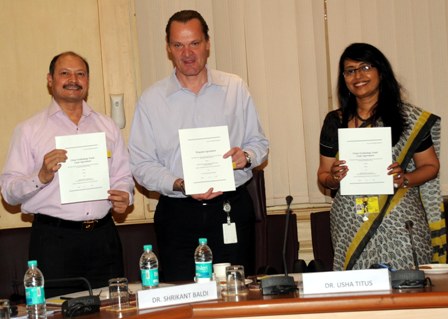 To be financed under the Clean Technology Fund of World Bank, the Himalayan state has become the first one to bag such a project in India.

The loan proceeds would be transferred to HP government as per guidelines for transfer of external assistance to special category states on a 90% grant and 10 % loan basis.

Specifying the objectives of the project, Mr Onno Ruhl said that the main objective was to support Himachal Pradesh in its initiatives of paradigm shift towards an environmentally sustainable model of economic growth by promoting improved management of its natural resources and inclusive green growth.

He said that the Clean Technology Fund was a soft loan that had a 40 year maturity period including a ten year grace period.

Speaking on the occasion Dr Usha Titus said that the concept of inclusive green growth was high on the development agenda and needed greater focus in the changed scenario of global warming.

In September 2012, the World Bank had sanctioned a $100 USD Development Policy Loan (DPL) for reconstruction and development resources.

This was the second phase project approved with the objective to adopt better policies and practices to guide the development of sustainable hydropower, adapt and mitigate the effects of climate change, empower local communities to conserve their watersheds better and promote environmentally sustainable tourism activities in the state.

On the occasion Dr. Shrikant Baldi said that Himachal was already providing economically valuable environmental services for much of the country.