Dharamshala: To settle scores on the pitch and not in the courts, lawyers from different bar associations of Himachal Pradesh are to compete at the weeklong HP Lawyers T-20 Cricket Tournament starting here from June 7. 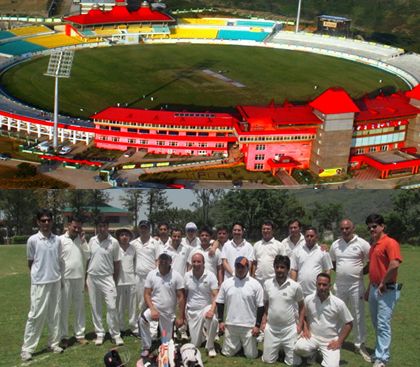 Giving details about the tournament, Anand Sharma, chairman of HP High Court Lawyers Cricket Association said that in all 8 teams would be participating in the tournament.

The tournament is slated to be held at the scenic International Cricket Stadium Dharamshala.

The top two teams of each group will meet for the semi-finals on 11 June and the final is slated for 12 June. The closing ceremony and prize distribution would be held on 13 June, said Rakesh Thakur, secretary of HP High Court Lawyers Cricket Association.