Dehra Dun : People of Uttarakhand have rejected dynasty rule, if the results of the recently concluded Lok Sabha elections are any indication. This may also put curtains on one of the most well-known and illustrious political families of this small hill state.

Renuka Rawat, wife of chief minister Harish Rawat was in the fray from the Haridwar parliamentary constituency, while Saket Bahuguna, son of former chief minister Vijay Bahuguna and grandson of Hemvati Nandan Bahuguna was contesting from the Tehri Lok Sabha seat. 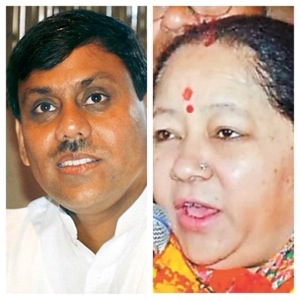 But the voters of both the parliamentary constituencies rejected them. 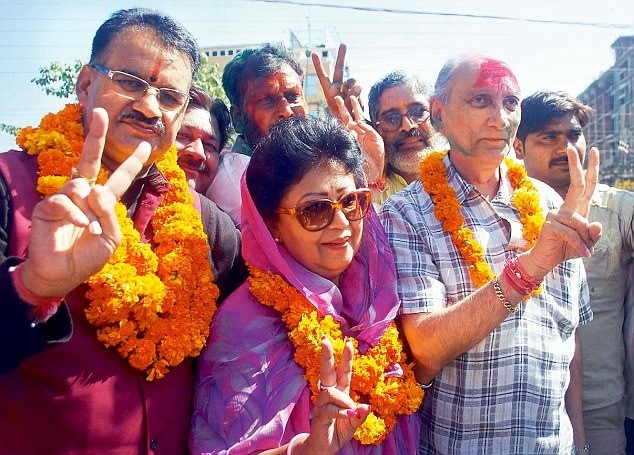 While the ‘bahu’ of the erstwhile Tehri state, Mala Rajlakshmi Shah beat Saket Bahuguna by over 1,92,500 votes, former chief minister Ramesh Pokhriyal ‘NIshank’ got the better of Renuka Rawat by over 1,77,800 votes.

It may be mentioned here that both Bahuguna and Rawat had done intense lobbying for tickets within their family. Vijay Bahuguna refused to contest from the Tehri Lok Sabha seat that he had represented earlier before being made chief minister of Uttarakhand, while Rawat who had represented Haridwar Lok Sabha seat before being made chief minister was also adamant that his wife get the Congress ticket.

Infact, Rawat was confident that his wife would get elected as he had spent most of his time campaigning for her in the parliamentary constituency.

Most of the exit polls had predicted that the result in Uttarakhand would be 4-1, with four wins to the BJP and one to the Congress.

This one win was widely being presumed to be that of Renuka Rawat from Haridwar.

While in the defeat of Renuka Rawat, the prestige and popularity of chief minister Harish Rawat may have taken a beating, for the Bahuguna family, the second successive loss of Saket Bahuguna is an indication that, the people are not going to accept dynasty rule.

It may be recalled that Saket Bahguna had lost to Mala Rajlakshmi Shah in the 2012 Tehri by-election also. This had come as a surprise to many, as his father Vijay Bahguna was then the chief minister of the state and it was generally accepted that with the advantages of a sitting chief minister backing him, Saket would win, but the people said no. While Saket lost by about 23,000 votes in 2012, the margin went by over 1.90 lakh votes this time.

Though supporters of the Bahuguna family here claim that it was the Modi wave that got the better of the Congress candidates, which was why the party was completely routed in this small hill state, and there was nothing personal against Vijay Bahuguna getting his son to contest, but by and large the people have shown that they do not want dynasty rule imposed upon them in a democracy.

It may be recalled that Saket Bahuguna is the grand son of the well known son-of-the-soil Hemvati Nandan Bahuguna, who initially contested from Allahabad, but later shifted to Garhwal parliamentary seat, after he lost to Amitabh Bachan at the hustings from Allahabad, after quitting the Congress.

He contested from Garhwal and Indira Gandhi then prime minister of the country, made all efforts to ensure that he loses. Infact, a number of Congress chief ministers of states were camped in the parliamentary constituency with their paraphernalia for making the Congress candidate Chandramohan Singh Negi win, but the people of Garhwal stood by Hemvati Nandan Bahuguna.