Dehra Dun : Early indications are that the polling percentage in Uttarakhand this year is going to be the best ever, (even before the region was a part of Uttar Pradesh) beating the earlier best of 63.56 per cent in 1984 when it was a part of Uttar Pradesh. Otherwise the polling has been at about the 50 per cent mark, give or take two to three per cent.

The very fact that there were lines at most of the polling booths in the state, even before polling started at 7 a m, gave one the indication that there was more than the normal enthusiasm associated with polling in this small hill state. This is primarily because of the fact that being an agrarian state and the topography being tough, domestic chores in the field become more important than casting a vote.

The early queues at the polling booths have sent a cheer to both the major political parties – the Congress and the BJP – which are in the fray.

AAP and other outfits, may at best cut into the votes of the two major parties, but will not be able to open their account in Uttarakhand. Even the regional satrap, the UKD and the SP and BSP will have best only participated and made their presence felt.

But there was hectic activity at the headquarters of both the Congress and the BJP, where party leaders and workers from various parts were coming in with the latest information. Both camps were confident that the heavy turnout that is on the cards, will be in their favour and had reasons to justify why they thought so, some defying logic.

While the BJP supporters insist that the heavy turn out indicates that the mood is against the ruling Congress party and also that there is a wave for its prime ministerial candidate Narender Modi, Congress diehards claim that the enthusiasm with which its workers went out to campaign in the field, was showing in the form of long queues at the polling booths.

AAP supporters, however, were of the view that the large number first time voters was marking his presence this time by turning out in large numbers. “The first time voter is frustrated at the prevailing state of affairs and wants a change, which is why they are with Arvind Kejriwal and his outfit, as they feel that it is the best under  the prevailing system”, said an ardent AAP supporter.

But what is more important is that these elections will define the future of three former chief ministers of this small hill state and also that of the present chief minister Harish Rawat, whose wife is the Congress candidate from the Haridwar Lok Sabha seat. Besides, it will also indicate what the BJP plans for former Congress leader and godman, Satpal Maharaj who joined the party just before polls.

While former chief minister Maj Gen Bhuvan Chand Kandari, Bhagat Singh Koshiari and Ramesh Pokhriyal ‘NIshank’, all of the BJP are testing the waters having opted out of state politics in the larger interest of the party, the results will hold the future of chief minister Harish Rawat, who replaced Vijay Bahuguna at the helm in the state, on the promise that he will deliver at the hustings.

Popular opinion is that should the Congress lose Haridwar, from where Renuka Rawat is the candidate and from Nainital and Ushamsingh Nagar in Kumaon division of the state, to which the chief minister belongs, it will be a strong blow to the popularity and credibility of Harish Rawat and may ultimately force him to opt to resign from the chief minister’s chair. 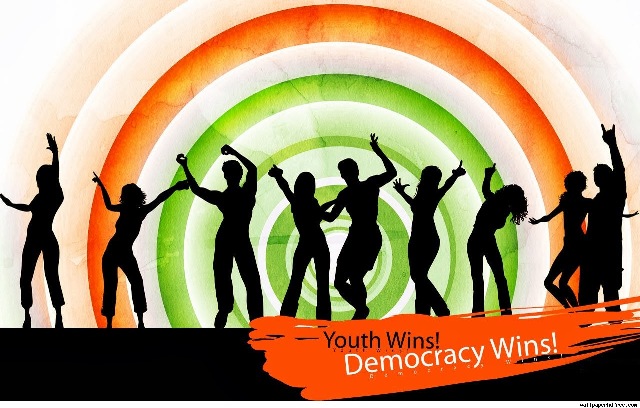 Should the BJP fare well, there are all the chances that the party may try to topple the Congress government in this small hill state, which is in power courtesy the support of the independents, BSP and one legislator of the UKD. Some of them, reading the writing on the wall could well switch over loyalties and force the Congress to sit in the opposition.

Political observers here are of the view that the switch over of Satpal Maharaj from the Congress to the BJP was planned.

“Maharaj is very keen to be the chief minister of the state and he has a couple of loyalists amongst the idependents and also in the Congress legislature party, including his wife, Amrita Rawat, who is a cabinet minister and they too could switch sides”, they claimed.

“One must not forget the likelihood of a tacit understanding between the BJP high command and Satpal Maharaj to make him chief minister if the Congress fares badly in the Lok Sabha elections. The indication has been given by the BJP, by having all its three heavyweight leaders in Uttarakhand contest Lok Sabha elections and have them out of the state, leaving just Satpal Maharaj as the appropriate candidate to be the chief minister, just in case if the plan fruitifies.”, political observers said.