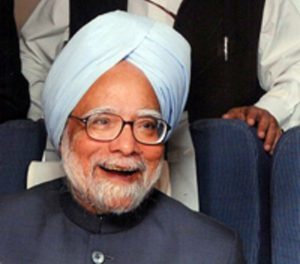 Mocked by colleagues, fellow party men, an over–the-top opposition and ridiculed by youngsters like Rahul Gandhi, blue turbonator Man Mohan Singh is probably enjoying the slugfest election more than all politicians put together.

Without having to convince ground voters about his worthiness as a parliamentarian, having had two stints at the top position and with academic credentials few politicians anywhere in the world can match him, MMS (as he is otherwise known as) must be a relaxed man as he spends the last days in 7 Race Course.

One thought that was enough for an honourable man at the time when he was dining at the high table with President Barack Obama, when a 40 something Congress vice-president publically ridiculed a cabinet decision about a controversial ordinance saying that it was fit for throwing into the dustbin.

Grey heads like Sharad Pawar were shaken; after all it was the Congress party that was pushing for the ordinance to overturn a Supreme Court ruling that had debarred convicted politicians from holding public office.

Sanjay Baru’s ‘Accidental Prime Minister’ may have fallen to be a ‘spineless’ Sardar while holding office under UPA II, but despite all the miseries showered on him, MMS has given Congress a run for its money.

Denied of victory in the 2009 election as Baru observes, the prime minister has pushed Sonia Gandhi, Rahul Gandhi, Priyanka Gandhi Vadra et al into an electoral duel with Modi and BJP, while himself spends the last days in 7 Race Course quietly.

Moraji Desai, Charan Singh Chandra Shekhar, VP Singh, IK Gujral and Deva Gowda were all pushed into the hot seat in the upheavals of India democracy but none could weather the storm for long. MMS without fighting an election has lasted 10 years. 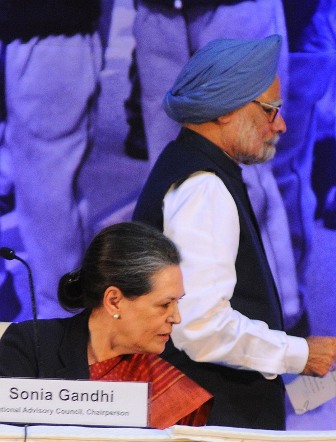 The Gandhi’s lead by Sonia subverted the MMS executive by superimposing the National Advisory Council (NAC), a conglomerate NGO, that attempted to drive the socialist and welfare agenda but given the anger visible in the voter turnout, it has not delivered any dividends.

The paradox of dual power sharing did undermine the prime ministers position, and Manmohan Singh having presided over a cabinet that went rouge is like Shakespeare’s King Lear

“Where have I been? Where am I? Fair daylight? I am mightily abused.”

Manmohan Singh’s anguish could also be expressed in the famous Lear’s lines ……..

“Pray, do not mock me: I am a very foolish fond old man, Four score and upward, not an hour more nor less; And, to deal plainly, I fear I am not in my perfect mind.”

In a growth versus equity choice, the push appears to be for growth. MMS was believed to be an exponent for growth but has ended up stifling the growing economy. A 9% percent growth rate has dropped to less than 5 % as he demits office.

After such a stellar performance as an academic, an economist and a reluctant politician MMS had nothing more to prove.

The question “Why did he stay on to bear so much insult?”

“Had the comforts of office make him lose all sense of self respect?”

No the wise man has stayed on to see Congress and the dynasty in discomfort.

Who knows Rahul Gandhi may oversee the demise of Congress something what Sitaram Kesari came close to doing so, over a decade ago.