Make no mistake, at its core-shorn of the gift wrapping of the manifestos - ALL political parties in India are the same in their essence, in their lack of the values and virtues that make successful civilisations. Except One

So now the din and the dust of electioneering is beginning to settle and the bookies, who usually get their numbers more right than the Planning Commission, the RBI, the TV channels and the psephologists combined, are predicting a win for the BJP and Narender Modi.

This is indeed the right direction for the country to go as the Congress stands totally discredited, the regional parties have no national vision and are more fractious than a bunch of Kilkenny cats, and the Aam Aadmi Party has yet to develop a national presence or profile.

The country desperately needs a strong, assertive leader with a clear agenda, an able administrator who will focus on implementation of policies rather than on ” manufacturing consent” as Chomsky terms it. 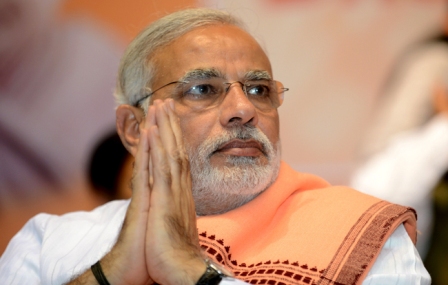 Mr. Modi’s utterances over the past few months, read with the BJP manifesto released yesterday, have spelt out quite clearly their views on reviving the economy, the new direction to be given to our foreign policy, the ramping up of our defence preparedness, the prescription to improve centre-state relations, and the consultation process to be followed on more contentious issues such as Article 370, the Uniform Civil Code and the Ram Mandir.

Its a clear road map, the experience, will and ability to follow it is there and I have no doubt that Mr. Modi will do a much better job in five years than the Congress has managed in the last ten.

But is that enough?

In pure materialistic or IMF terms, India has already been where Mr. Modi and his BJP now propose to take us. In the period 2001 to 2009 we were, in sheer economic terms, among the fastest growing countries in the world, foreign investment was coming in a flood, millions of jobs were being created, 240 million people were lifted above the poverty line, social welfare schemes like NREGA, Sarv Shiksha Abhiyan and the Rural Health Mission were changing the rural landscape, and our international stock had never been higher.

And yet, within five years, we have slipped back down the ladder to such an extent that even Bangladesh, Srilanka and Nepal now compare more favourably on most parameters. Economically we are now a country where industry prefers to take its moneys abroad, where we have actually LOST six million jobs, industrial growth is negative. Socially, we are a mess: we continue to slaughter each other at the altar of politics and religion, farmers are continuing to kill themselves by the thousands, women are getting raped by the tens of thousands. Practically all our institutions have collapsed-the judiciary, the police, all 36 of the sectoral Regulators, Parliament, the media-and those which have not collapsed have been so compromised that they have become, in Salman Khurshid’s now famous words, “impotent.”

Internationally, we are now fair game for any country to cock a snook at us, be it Italy, the USA, Sri Lanka or even the Maldives!

Its simple, really. India lacks a moral underpinning. Our society lacks that honest and principled core, the nucleus of compassion, humaneness and tolerance around which ultimately all civilised societies are built-without it, all success is built on shifting sand. Any achievement, if it is founded solely on lust for power, avarice and gratification of the baser senses, will in time crumble. It happened to the UPA, it will happen to Narender Modi too for he and the BJP too lack that essential core.

Their (expected) path to power is littered with examples that prove my point: the hubris of the proclamation that the elections are irrelevant as the people have already decided, the corruption of Yedduyrappa and the Bellary brothers and a host of crooks inducted into the party, the generic hostility to Muslims, the rabid intolerance of a Muthalik or the Bajrang Dal, the silence on the Ambanis and the Adanis, the sheer opportunism of the “winnability” criteria over all other principles.

Make no mistake, at its core-shorn of the gift wrapping of the manifestos – ALL political parties in India are the same in their essence, in their lack of the values and virtues that make successful civilisations.

For all its faults – and just like a child, it has many – the perceived and proclaimed core of AAP is a compassionate and principled one. It is completely transparent about raising money, it has not given a ticket to a single known criminal, it has had the courage to field unknown people with proven track records of social service as its candidates rather than go by the winnability factor or star endorsements, it has never sought votes on the basis of caste or religion, it has had the fearlessness to ask questions no one in public life even dared to whisper, it is so far the only political party to have openly supported decriminalisation of homosexuality, its leaders demonstrate a simplicity of life style which is an essential corollary of honest values. 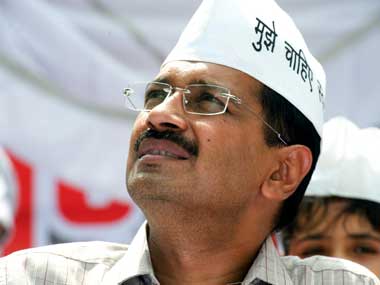 The people of India have noticed this and have sensed a welcome harbinger of change, just as a marooned sailor gets the first whiff of land far out to sea. They gave Kejriwal 28 seats and 30% vote share in the Delhi elections.

And then the criticisms and condemnation-skilfully orchestrated by the BJP and the Congress, past masters both at the Symphony of Deceit – started. I will not go into the merits of the various charges levelled against the AAP as I have addressed them in a couple of previous articles.

I would, however, like to list out the major charges so as to later put them into perspective:

To me, as an Indian sick of the cynicism and opportunism of all our figures in public life, these so called “charges” only reinforce my belief that here is a party which has the guts to be different, to break the twisted mould of traditional politics and fashion a new one “closer to the heart’s desire” as Omar Khayyam puts it so beautifully.

THESE are the charges and questions we want answered, not why Kejriwal moved from Kaushambi to Tilak Lane.

The Congress and BJP, abetted by sections of the media who do not see any ad revenues flowing to them from the AAP, have done their best (with some measure of success, I must admit) to give a spin to the whole matter and to convert Kejriwal’s strengths into his weaknesses!

Perhaps Kejriwal should have been less impetuous in contesting against Modi in Varanasi. But these are errors of strategy, not substance or conduct or morals.
They pale into complete insignificance before the monumental malfeasance of the other parties, they can at worst destroy the party not the nation. And that for me is the difference, and the reason why we should not give up on the AAP now.

Kejriwal’s is the only party today which holds out the promise of returning us to our moral roots and the ideal of social equality. He will not win more than ten or fifteen seats given his organisational weakness.

But these seats HE MUST WIN. He MUST get ten to fifteen percent vote share in as many constituencies as he can.

These votes and these seats will then be the platform for him to exert his influence on the other parties, to act as some kind of conscience keeper, to convey to Parliament what the people actually desire, to set standards and benchmarks which other parties will have no option but to follow under public pressure.

If Kejriwal fails today we may as well give up hope of any substantial change in our moral compass for the next forty years. One analogous government will replace another, each leaving behind their slimy desiderata , covering, perhaps for ever, the soul of a nation that could have been great.