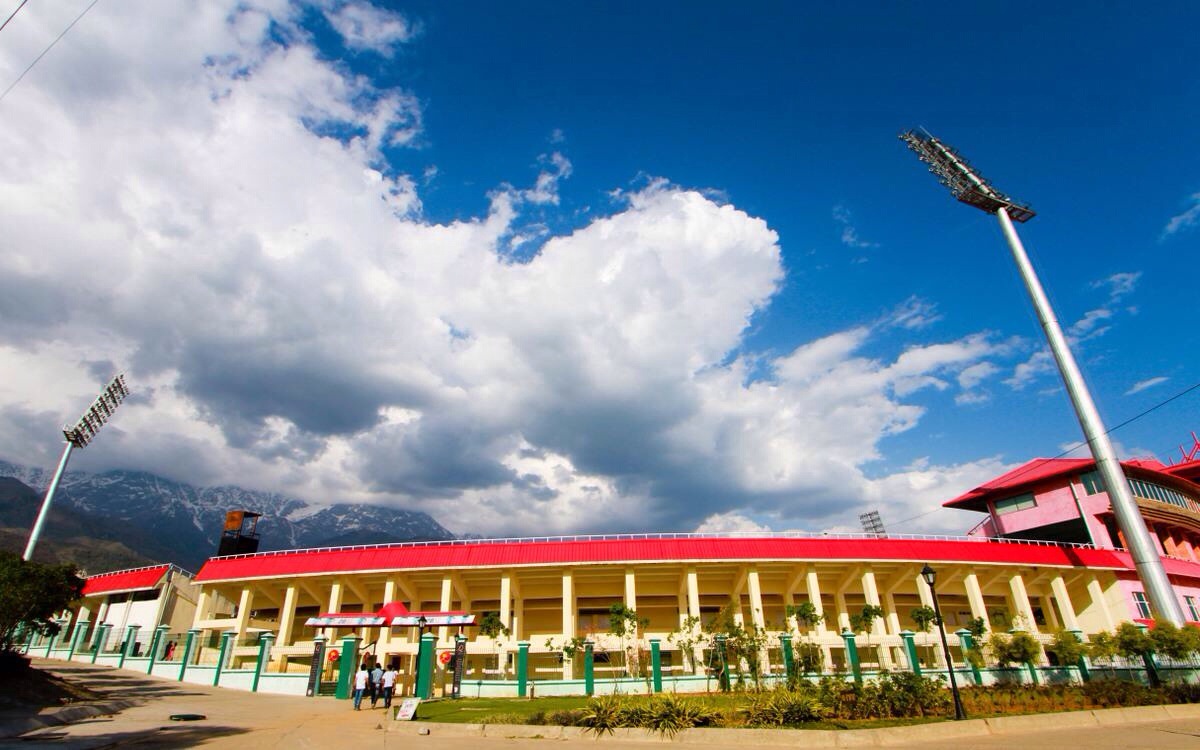 Dharamshala: HPCA Stadium (Himachal Pradesh Cricket Association Stadium) is a cricket stadium located in the city of Dharamshala in the lap of the snowcapped Dhauladhar ranges of Himachal Pradesh. So far it had hosted nine IPL matches.

Political rivalry between Congress and BJP has yet again started and this time the issue involves over the hosting of IPL matches at Dharamshala. The feud over the IPL is soaring in the state. HPCA is being headed by Anurag Thakur son of the former Chief Minister Prem Kumar Dhumal, hence, it involves political rivalry between the Congress and BJP.

Currently the state of Himachal is being governed by the Congress party, therefore, when HPCA approached the State Govt for the hosting of IPL matches, the Govt wanted the functionaries of HPCA to approach them after getting a clearance from the union home ministry and the Election Commission of India. Due to the election year, state Govt has shown its inability to provide enough security for the IPL matches at Dharamshala. Nonetheless, the HPCA has termed this decision as unfortunate.

According to the HPCA claim, hosting IPL matches in the past at Dharamshala boosted the tourism industry and also generated good revenue for the locals and the areas nearby. However, as the state Govt is not willing to provide security clearance for the IPL matches it is evident that the state will incur financial losses.

This issue came to light in the month of August last year when the State Govt in its cabinet meeting decided to take over HPCA under its control which lead to the cancellation of its lease, granted by the BJP Govt. HPCA which was registered as a sports society initially has come under the scanner on converting itself to a company without the government’s approval. However, HPCA has challenged the State Govt’s decision and filed a petition in the court. The court has maintained status quo on the matter.

Congress and the HPCA are not only engaged in a legal battle but the Vigilance Bureau is also holding a probe into violations of revenue and forest laws. On the other hand Congress leaders are denying the allegations levelled on them by the HPCA officials for not hosting the IPL matches in the state. According to them the Govt is keen to host IPL matches but due to elections in the state it will be impossible to provide enough security to the players as most of the security will be deployed for the elections. Congress leaders alleged that the HPCA president misguided the facts about not hosting the IPL matches in the state to the BCCI despite knowing the truth.

Organizing IPL matches in HPCA Stadium, Dharamshala will not only boost the tourism industry in Himachal but will also bring an international acclaim to the state. Sadly, the political vendetta between the two political parties has not only brought a revenue loss to the state but has also dismayed the hopes of many young cricket aspirants.

However, despite the political bowling and batting on this issue, people of Himachal are hopeful and looking forward to the positive outcome which will bring good revenues and give an international acclaim to their state.