Dehra Dun : Being one up on your political opponents and taking the credit, rather than ensuring that the masses get efficient and transparent administration has been at work in Uttarakhand for quite some time now. The Lokpal Bill and the right to services that the Congress-led Vijay Bahuguna government in the state now wants to implement is a pointer in this direction.

The Lokpal Bill was passed by the Uttarakhand vidhan sabha when Maj Gen (retd) B C Khanduri was the chief minister of the state and also got its assent from the President, albeit late, by which time the BJP was out of power and the Congress formed the government. But rather than implementing it as should have been normally done, the Bahuguna government backtracked on it for obvious reasons. 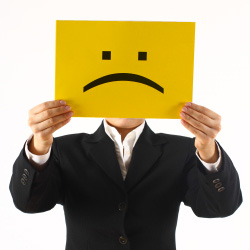 Advisors to the chief minister and those in the babudom who matter felt that if implemented in the state, the erstwhile BJP government in general and Khanduri who was then chief minister in particular would get the credit. This was something that the Congress party in the state could not take and such despite getting assent from the President, it was conveniently put on the back burner.

The reason given was that the Bill contained certain shortcomings and discrepancies, which needed to be removed and also the fact that the centre was coming out with a Lokpal Bill which would be implemented in the state, rather than it having a different Lokpal Bill with anomalies.

Incidentally, political pundits here were of the view that rather than discrediting the President and not implementing the Bill which had received his assent, the Bahuguna government should have implemented it in letter and spirit. If there were any shortcomings, these could have been removed and any additions made by an amendment to the Bill that could have been passed by the vidhan sabha.

Then there is the matter of the right to services. The Khanduri government had stipulated certain time period for various services and the government offices had to ensure that they were given to the masses within the rime frame. This included a lot of the day-to-day affairs which concerns the man-on-the-street and he is often made to pay bribes for.

But after coming to power, the Vijay Bahuguna government gave a good bye to the right to services and the good old ways of making the aam aadmi run from pillar to post and take bribes came into vogue yet again. Such are the state of affairs that an heirship certificate that should have been given within 20 days under the right to services is yet to be given after over one year.

But with Aam Aadmi Party (AAP) coming to power in Delhi and the common man taking centre stage, the Vijay Bahuguna government has also suddenly realized the importance of the right to services. It now intends bringing a notification fixing a time period for the services that the common man needs so that he is not made to run from pillar to post.

A simp,e question Mr Bahuguna. Why were these two things if your government is really serious in implementing them in letter and spirit done away with when they had been out in place by the Khanduri government. Only that rather than the BJP and Khanduri getting credit for it you want yourself and the Congress for hogging the limelight.