Shimla: An overnight inferno has consumed much of the historic Gorton Castle building.  Early morning walkers were surprised to see the top two floors of the British era built building in flames.

Official sources claimed that the fire broke out at night and on receiving information fire tenders were rushed to douse the flames. 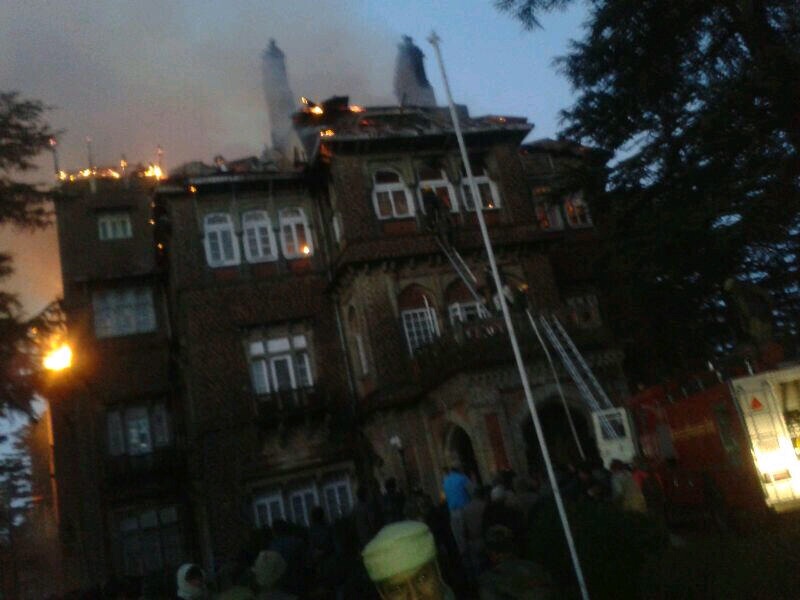 At the time of filing the report, the building was still burning and efforts were being made to control it. 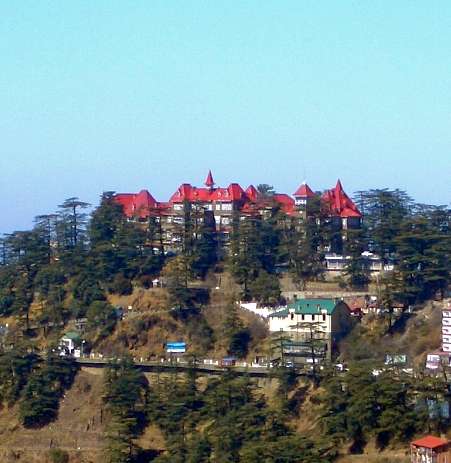 Built during the early years of 20th century, the Gothic structure has an area of 80,000 sq ft and functioned as the Central Secretariat of the British Government. After 1947, it became the seat of the Accountant General of Government of India.

Gorton Castle was a three-storied building and had 125 rooms. Rosewood like timber blocks from Andaman Islands paved on one floor of the building. The balconies were noted for Rajasthan Jaali work.

Col. Sir Samuel Swinton Jacob, who drew up the original plan for this building, was a well-known engineer and architect working in India.

He was not a Simla man; he was the consulting engineer to Jaipur, where he had developed an irrigation system and also produced some fine work “in the Indo-Sarcanic style, which combined Hindu, Muslim and Western traditions”, including the Lalghar Palace in Bikanir (1881) and the Albert Hall in Jaipur itself (opened as a museum in 1887).

He was also responsible for the original red sandstone buildings of St Stephen’s College at Kashmere Gate in Delhi (1891), and had the reputation of being “the best professional architect in India” (Lord Curzon’s words).

So it was to him that Lord Curzon turned for a design for a new Government Secretariat in Simla.

Swinton Jacob’s plan was just to Curzon’s liking, and ideally suited to the commanding, airy hilltop plot which had originally been donated to the government for a hospital.

Although the plan had to be modified later by the Resident Engineer, Major Chesney, the prominent four-storey structure still looked much as both Swinton Jacob and Curzon had intended.

Pamela Kanwar in her book Simla describes it well as “a picturesque, multi-faceted building.” As she says, “The entrance has a chalet-like appearance with a large portico with a decorative frieze.

Its sides had prominent bay windows. Its solid grey stone walls were surmounted by square as well as high-pitched pointed towers”.

Like many other buildings in Shimla, Gorton Castle had red galvanized iron roofing, which in this case contributed to a fairytale feel; seen from a distance, its red towers stood out brightly amid the surrounding deodar trees.

The building, which was faithfully restored in 2001-3, was now used as the office of the Accountant General of Himachal Pradesh. 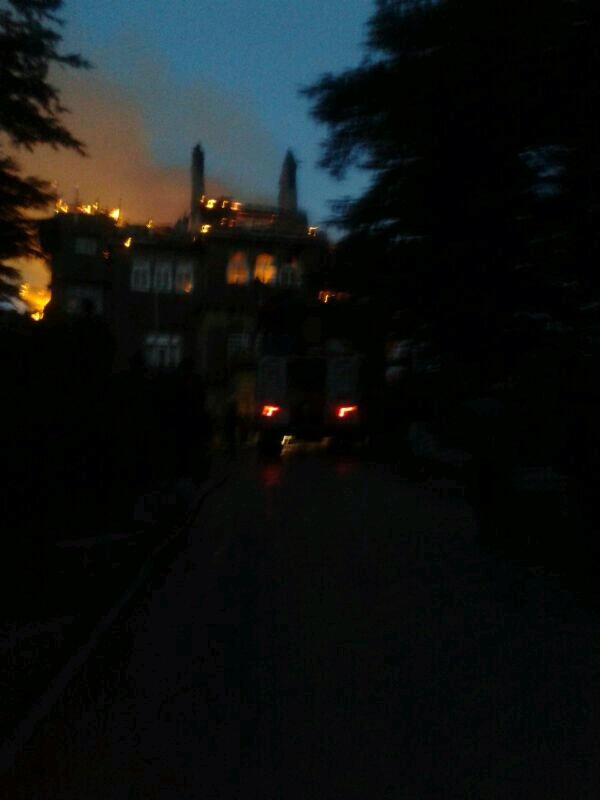 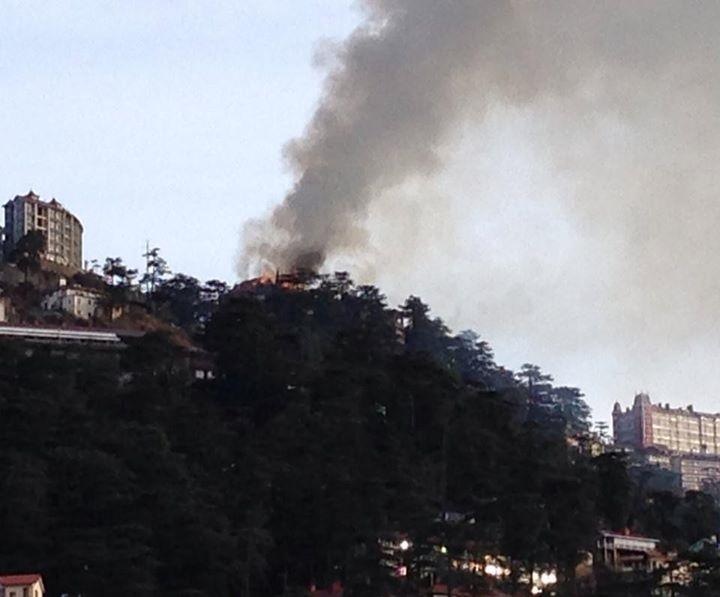