Dehradun: In Uttarakhand, which also has the pseudonym, ‘Valley of the Gods’, sensitivity to the needs of human pain has reached an all time low. The wife of a 37-year-old man who had been shot at point blank range kept crying and shouting for help, but there was no kind soul who could come to her assistance and help her lift her injured husband to the hospital. Needless to say the hapless man died. 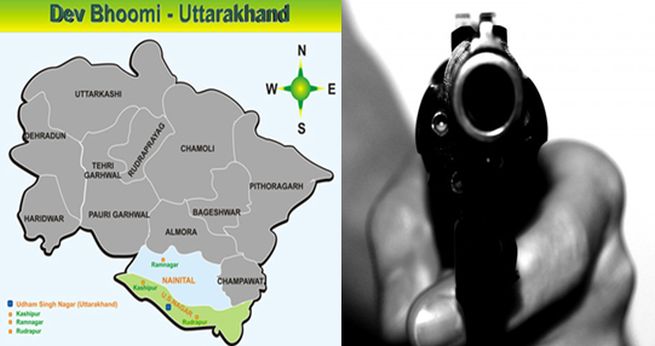 It happened on Wednesday night at about 9-30 p m. Not an unearthly hour, when a man knocked on the door of Firoze entered the room and started asking for the mobile number of one Rahul. Irritated at the intruder, Firoze took him out of the room, but rather than going away, the man pulled out a country made pistol and shot the deceased at point blank range.

Hearing the gun shot, which others in the neighborhood also must have heard, his wife came out only to see her husband bleeding profusely and writhing in pain. She shouted as for help and wailed helplessly, but not a soul stirred out to help her, though many inquisitive individuals could be seen on their roof top, and other on the road wanted to know why the gun shot.

It was quite some time later that some one ion the quiet rang up the cops, who came to the scene of the crime and rushed the injured man to the hospital. However, it was too late for the doctors at the hospital announced him brought dead. While the incident has sent shock waves on the crime scene in this once serene valley, but the fact that no one even dared to call the cops immediately leave aside make efforts to rush the injured to the hospital, speaks of the levels to where humanity has gone down to in this small hill state.

The people in the neighborhood that Hill Post talked to said that they were keen and wanted to help the injured man but were afraid to do so. “Who would take the risk of calling the cops or taking him to the hospital, when the police make you a witness in the case and then one has to spend years running to the courts on every hearing though one has nothing to do in the matter”, said a neighbor on conditions of anonymity.

However, while admitting that if a timely phone had been made to the police, or the injured taken to the hospital the man would probably not have lost his life as during the time lost, he bled profusely, city police chief Kewal Khurana said that there is need for creating awareness amongst the people, so that they come to the need of their brethren in such dire cases where it is a matter of life and death.

“The police do not make anyone who rings or personally call the cops a witness in a case. On the contrary the name of such a person is kept secret. It is sad that there is such a misnomer amongst the masses, for which the various police stations will be asked to hold awareness camps so that there is no such happening in the future”, he added.