Dehradun : They were known to inhabit the higher reaches of Uttarakhand for long, but in the absence of any concrete evidence and sightings it was just presumed that there may be some snow leopards in this small mountain state. But now with two of the felines having been captured in the trap cameras at the Gangotri National Park in Uttarkashi district, there is photographic evidence.

Because of the difficult terrain that is its home and hazards in undertaking a census of the animal, there are just guesstimates of the number of snow leopards in the country. 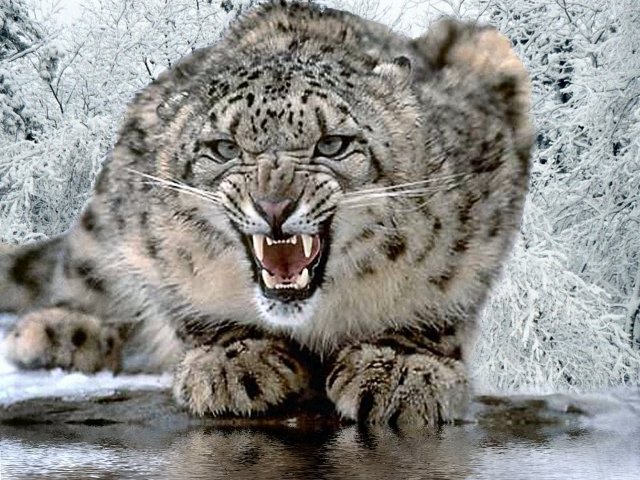 In fact, even as efforts are being made by international bodies for the conservation of perhaps one of the most difficult to sight animals, there are fears that it could be near extinction and has been placed in the IUCN-World Conservation Union’s red list of threatened species.

Known to inhabit areas above a height of over 3500 metres there has never been a head count or census of the snow leopard because of the difficult terrain that is its home.

The Gangotri National Park where the first images of a male snow leopard were captured on Nov 18 and that of a female on Dec 2 was established on 16th Dec 1989 and spreads through an area of 2390 sq kms bordering China in Uttarkashi district.

The sighting of the rare snow leopard has spread cheer amongst the animal lovers in this small mountain state, as this is the second habitat where the animal has been found in Uttarakhand.

Earlier it had been captured in the trap cameras that had been put up at the Nandadevi Biosphere Reserve in 2011 and 2012. Incidentally, a WWF-India survey on the animal had also confirmed the presence of snow leopards in Utytarakashi district.

Informed sources claimed that an English tourist, Victor Mallet, had confirmed seeing the pug marks of a snow leopard near Gaumukh in the Gangotri National Park and in the past trekkers going to Gaumukh, as also forest department had seen the remains of bharal (wild mountain goats), which were probably the left-overs of a snow leopard kill. But there was enever any concrete evidence of the animals.

Over half a dozen cameras were installed at various places within the Park and the efforts of the staff finally yielded results with the two snow leopards captured on different cameras.

But it had been known for long that snow leopards are present in Uttarakhand and that they are also being killed because of the high price their skin fetches in the market.

Sources claimed that in the last decade 11 skins of the animal were recovered from the northern states, as many as foru of these were from Uttarakhand. The skins in Uttarakhand were recovered in 2003, 2010, 2011 and 2012.