Shimla: The Himachal Government as law abiding and law enforcing authority was severely dented as the HP High Court termed the states unilateral action of taking possession and dispossessing HP Cricket Association (HPCA) of its properties as grossly against constitutional principles and propriety.

A division bench headed by chief justice AM Khanwilkar and Justice Kuldip Singh directed the state to restore status quo as it existed on October 26,2013, a day before the midnight operation in which the government, following a cabinet decision, took into forcible possession the cricket stadium at Dharamshala, a star hotel in Dharamshala, lands for grounds at Bilaspur, Nurpur, Kotkhai and Shimla towns that had been leased to the sporting body. 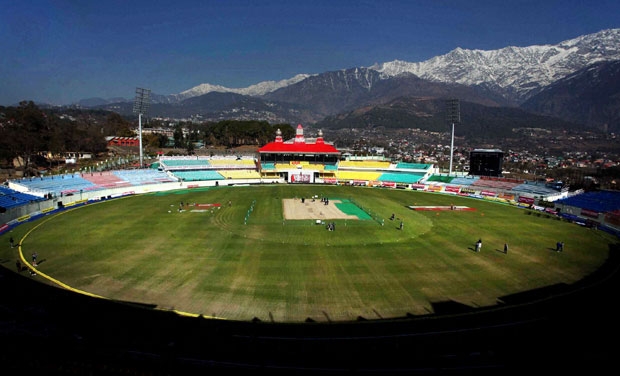 The orders came on a petition filed by the HPCA challenging the decision dated 26.10.2013 of the government to cancel the lease granted in favour of HPCA and take over its premises.

Taking a stern view of the government actions the judges observed “the orders of forcible dispossession is against law,  constitutional guarantee and obligations of the state to its citizens as a person in settled possession of a premises cannot be dispossessed by an executive fiat, even though he can be stated as a trespasser.”

The court also recorded that the ownership of a building is distinct than the right in the grant of lease given by the state. The state can terminate the lease, but it is no basis for forcible dispossession, for which the government has to seek appropriate remedy in law.

The court made it clear that the restoration of status quo ante is no impediment for the government to proceed with the legal remedies and the opinion is only prima-facie and for considering the grant of interim relief only.

Before posting the case’s next hearing for 28 November, the court noted that as no reply had been filed, the bench gave the government time till 18.11.2013 for filing the reply and further gave time to the petitioners to file rejoinder by 25.11.2013.

It was 31 October that HPCA had moved court challenging the revenue secretary’s order to concerned district collectors to cancel the contentious lease deeds and take possession of the properties.

Besides the issue of validity of lease ownerships, another point being contested before the court involves the status of HPCA as a society or a not for profit company.

Whereas HPCA has been maintaining that its society status registered with the State Registrar of Societies stands dissolved for it converted into a not for profit company after passing of a unanimous resolution, the Registrar Societies in an order, last week, had ruled that its entity as a society still existed.