Shimla:  Putting in an application for an electricity connection as a new consumer in Himachal is not enough. The chances are you papers may not be accepted unless they are handed over in a file cover for HP State Electricity Board does not have spare funds to buy them and maintain orderly records. 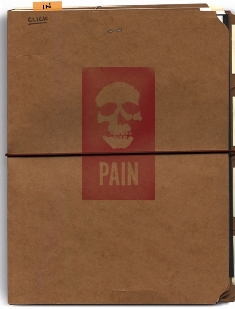 Papers of Kuldeep Thakur, a resident of Vikasnagar, a city suburb here, for a change in electricity connection ownership of a flat that he had recently bought, two days ago, were returned by the Khalini based electricity board office simply because the application was without a file cover.

“I’m afraid otherwise the application will not be entertained for it is mandatory to submit the it in a file for proper documentation and record keeping, said Pratap.

Putting the onus of having a proper file for record keeping on the consumer aside, sources disclosed that financial condition of the board was so precarious that not just file covers, several other cost cutting measures were being attempted to keep the states largest PSU going.

Only in March, Comptroller and Auditor General (CAG) had downgraded the public utility. The auditor had picked holes in the book dressing of HP State Electricity Board and put the losses for 2011-12 at Rs 676 crore which otherwise were being shown at Rs 315 crore.

After the audit CAG commented that HPSEB had not only purchased power from outside the state at exorbitant rates but also committed irregularities in payment of revised wages and other benefits to its employees under the Sixth Pay Commission norms.

Himachal being a power surplus state has not turned the electricity board into a robust organization, but on the contrary, employee cost in pricing of a per unit of power generated and sold is one of the highest in the country.

Naturally the additional cost get passed onto the consumer, who in turn has to cut down consumption to keep electricity bills in check.

When the issue of field offices demanding file covers along with applications being submitted for new electricity connections or change in meter ownership at apartments after sale and  purchase of a property was brought to the notice of PC Negi, managing director, he said, “it is not mandatory for the consumer to present the application in a file but normally it is the consumer who brings the application in a file for record keeping with the board.”