[ The Supreme Court on Tuesday ruled that all bureaucrats should have fixed tenures and that states must set up Civil Services Boards to decide on transfers, promotions and disciplinary action. This would improve professionalism, efficiency and transparency. It has asked the Center to frame appropriate statutes for this and report back within three months.- News report.]

Many, many years ago when I was a pimply faced Deputy Secretary in Shimla, a group of us blisters put up a skit for the annual IAS Association Night. The skit opened with the victim of a hit and run accident lying dead on the road. The police identified the body as being that of a very senior IAS officer on the basis of the post mortem report revealing that it had no backbone! This one scene from a long forgotten and much derided skit comes closer to the truth than does the Supreme Court, I dare say. 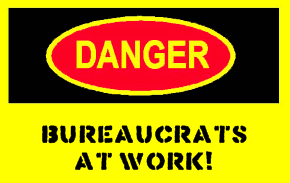 However well intention-ed the Court’s order is it won’t stand the test of a reality check: not only will it not be effective, it may just worsen the situation. Consider the following.

The assumption behind the Supreme Court order is that the bureaucrat cannot act because he is intimidated by the prospect of transfer, denial of promotion, dismissal by the political executive. Nothing can be further from the truth for the following reasons:

[1] Insofar as the All India Services are concerned I can assert with all responsibility that there is no job in India which offers greater security of service – it is practically impossible to dismiss an IAS/IPS or IFS officer (the same is true of the Central Services). The services themselves have ensured this – even if the political or administrative will to take action is present (it rarely is) the process is so cumbersome (like impeaching a judge!) — consultations with state govt., Central govt.,UPSC, Vigilance Commission, Law Ministry, followed up with appeals to the President of India, Administrative Tribunal, High Court, Supreme Court – that no one even wants to initiate the process.

Getting into govt. service is tough but getting out is even tougher!

Forget dismissal even someone who wants to resign can find that its not easy to leave the govt. A friend from the UP cadre submitted his resignation six years ago: he has since retired in the normal course but his resignation has not yet been accepted! Dismissal from service, therefore, is no threat to a bureaucrat.

[2] ALL promotions in the AIS and Central services are time bound – that is to say, one is promoted almost automatically after certain years of service at every succeeding level. Performance has very little to do with it; the only relevant factor is the ACR (Annual Confidential Report) and it is extremely rare for someone to have an adverse ACR – peer pressures ensure this. As long as the assessments at the superior officer level are okay, there is very little a politician-even a Chief Minister – can do to hold back a promotion. Even if he over-rules the Secretary/ Chief Secretary he has to give detailed reasons for doing so, and any DPC (Departmental Promotion Committee) in any case goes more by the assessment of the Chief Secretary than a CM or Minister.

Proof of this is not far to seek: 99 out of 100 IAS officers retire at the maximum ( Apex) scale of Rupees 80000 per month; the same holds true of the other services. This is almost their fundamental right, no politician can deny them this, and they know it. No threat here, either.

[3] This leaves us to consider only the alleged threat of the dreaded T word-Transfers. The effect of this politician’s ” brahmashastra“, as it were, has been grossly exaggerated and sensationalised by the media and their expert panels. There are two types of transfers- those which involve just a change of job in the same place, and those which which entail both- change of job as well as station.

Now, 90% of IAS and IPS officers are invariably located at the state capital and for most of them a transfer does not even mean changing their room, personal staff or residence-only their files change, nothing else. 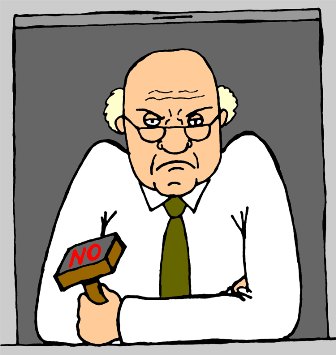 I simply fail to understand how a transfer is a ” hardship” in such cases, or why it should conjure up images of Dante’s Inferno! Yes, frequent transfers for those in the field – District Magistrates, SPs, SDMs – do cause great inconvenience, especially if they are ordered in such numbers as in UP under both Mayawati and Akhilesh Yadav, but here also it is the timidity of senior bureaucrats which is to blame as much as the politicians. It is in the nature of a politician – a Minister or an MLA or even a Party worker – to try and get rid of an inconvenient officer: we can’t blame a leopard for having spots. It is for the senior bureaucracy to resist such efforts and to protect the junior officer who is doing his job.

This just doesn’t happen. It is extremely rare for a Chief Secretary or a DG police to speak up on behalf of one of their officers in such cases, primarily because they want to hang on to their own posts! (Remember how the UP Secretariat was opened up at mid-night to enable the issue of Durga Shakti’s suspension orders?) But then, why pin all the blame on the politician when the bureaucracy is just as complicit? And why build barricades all around when the enemy is actually within?!

The actual fact of the matter is that the bureaucracy in India has developed an auto-immune disease and is destroying itself-the politician is only a virus that takes advantage of the former’s weakened immune systems to invade it. It is my assessment (I could be wrong, but not far off the mark) that only about ten percent of the senior bureaucracy is actually corrupt, but the vast majority is simply pusillanimous and not bothered at what is happening to their colleagues just so long as they can hang on to their own posts.

They do more harm by their silence and indifference than what their more courageous comrades do by their cupidity. I remember an incident pertaining to roughly the same time as the skit referred to in the first paragraph. A senior Secretary was transferred because he had taken a decision (the right one, as it later turned out) which was seen to be against the interests of Scheduled caste employees.

Some of us young bloods in the IAS Association decided that we must convey our protest to the Chief Minister and took an appointment to meet him the next day. The whole day was spent in drumming up support from the Secretary level officers, all of whom assured us that they would also join us the next day in our meeting with the CM. The next day not a single one of these senior officers turned up!

Transfers are not such a big thing as they are made out to be and an honest, forthright officer should take them in his stride – if a price has to be paid in terms of inconveniencing the family, so be it. Why else should the IAS be called a premier service, if their members have the vision and commitment of only a sanitary inspector?

If the truth be told, bureaucrats today lack the breadth of vision, the underpinning of values, the sense of mission and the feeling for history that their predecessors of even twenty years ago proudly possessed and worked for. Today it is for them just a ten to five job in which the perks of office have to be protected at all costs and the devil take the hindmost. They have vacated the space where values, sense of destiny and feeling for the country should reside in favour of the politician who therefore now calls the shots.

It is in this context that the prescription of the Supreme Court should be assessed.

A ” fixed tenure” will change nothing because those who have ” plum posts” will not vacate them (a fixed tenure provides a minimum term and not a maximum one!), and those who are out of favour will be rotated among the unwanted posts.

(In any case, bureaucracy is not the second oldest profession in the world without reason: it can adapt to changing contexts with amazing versatility. It has so adapted to the transfer syndrome too: every five years, when governments change, their positions are reversed- those who were out in the cold now come in to warmth of plum postings, and vice-versa! In a way, they find this an equitable system as the loaves of office are, in the long run, fairly distributed to all!).

What does the government now do with an officer who is corrupt, does not behave properly with the public, whose work is grossly unsatisfactory ? Non-performance is not chargesheetable and there is not always evidence of corruption. In such situations the only option before the govt. is to shift the officer, but with fixed tenures that will no longer be possible.

Taking away a govt’s powers of superintendence over its officials can never be a healthy antidote to the disease.

We have just recently witnessed the consequences of such quick-fix solutions: the CBI’s infamous and highly dubious case against Kumaramanglam Birla and Mr. Parakh. Without a shred of evidence, and acting solely on presumptions of wrong-doing it has filed FIRs against both of them.

Though its Ministers were critical of it on the media, the govt. itself was a helpless spectator and could do nothing to rein in the agency because it has suddenly acquired an ” autonomous” halo. (I had warned against just such a possibility in my earlier blog- CBI-CAGED PARROT, SWOOPING EAGLE OR SITTING DUCK?). The fixed tenure rule will only end up creating similar rogue officers.

A Civil Services Board will change nothing because all those who will be on it are answerable (and owe their positions) to the Chief Minister and will do nothing that displeases him. It will only endorse the Chief Minister’s wishes: this is precisely what is happening with the Police Boards that have been set up in some states after the Supreme Court’s orders in 2006.

They are rarely consulted: Muzzafarnagar is the latest example of their vestigiousness- how else could four SPs have been transferred within one month before, during and after the riots, purely for reasons that are now known to be political?

We appreciate and laud the Supreme Court’s earnest desire to make the bureaucracy more efficient, professional and transparent. But there is no instant cure, and the primary villain is not the politician- it is the bureaucrat himself.

The cure lies within. He is paid handsomely; he has been given more than adequate protection; he enjoys the highest status in society- what more does he need to be upright and do his work fearlessly?

All he needs, actually, is a backbone. Character cannot be legislated or decreed by courts.