Dehradun : Had the Uttarakhand governments, after this small hill state came into being on Nov 9, 2000, lived up to the expectations of the people in general and the youth in particular and created employment potential, there would perhaps have not been so much exploitation of women and girls, as is being witnessed. This is what a section of women activists here in Uttarakhand believe. 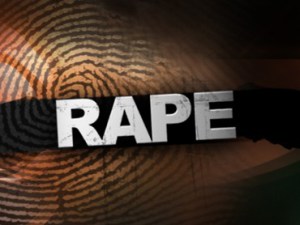 Though only a survey conducted National Human Rights Commission or for that matter the National Women’s Commission would reveal the extent to which this is true, but the allegation of a 26-year-old woman that she had been physically assaulted by a senior government officer of the state on the pretext of being provided a job, indicates that the women activists may be right to an extent.

The aggrieved woman has lodged a FIR in Delhi, while the senior officer has lodged an FIR against her in the city alleging blackmail, it may be a while before fact is separated from fiction, but the fact that she has now approached the national Human Rights Commission and the National Women’s Commission and also taken transit bail indicates the seriousness of the matter.

Women activists here feel that the alleged physical assault, which has been reported by the 26-year-old, may just be the tip of the proverbial iceberg and there could be many more cases that may have gone unreported for reasons of getting a bad name or being looked down upon. “There are a number of rape cases registered in the state and it will not be out of place that many of the females are lured with false promises of jobs”, they claimed.

In Haridwar district of the state as many as 60 rape cases were registered in 2013, followed by 32 in Dehra Dun and 32 in Udhamsingh Nagar wile the total number of rape cases in the state was put at 173 for the current year. But women activists feel that this may not be telling the real picture and the number could probably be more as many cases would have gone unreported.

It is a known fact that there is hardly any venue for jobs for the educated youth of the state and all the governments in Uttarakhand ever since it came into being have failed miserably on this front despite making tall promises. This is also the reason why people from the villages are migrating to the plain areas of the state in search of greener pastures for their children, and the villages in the upper regions are being deserted.