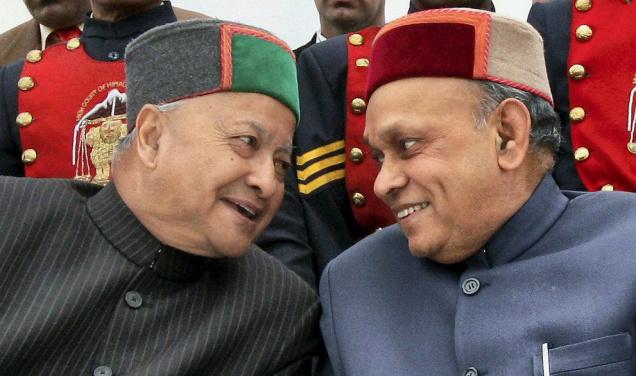 Virbhadra said that the previous BJP lead government misused its powers and grabbed land in Dharamshala on pretext of constructing cricket stadium and hostel.

He added that Dhumal and his sons should abstain from making irresponsible statements and face inquiry.

Anurag and Arun Dhumal are accused of grabbing land in Kalapul near Dharamshala using flawed land lease scheme in connivance with the revenue officers deputed in the area at that time.

In a separate press conference addressed in Dharamshala, head of Himachal Pradesh Cricket Association (HPCA) and MP from Hamirpur, Anurag Thakur said he is ready to face entire high level probe. He accused Virbhadra Singh of spreading lies and dared him to come clean in Vakamulla case in which both the CM and his wife Pratibha Singh, the standing MP from Mandi had received Rs 3.90 crore.

He further expressed that the state government is only working with a sole intention of vengeance and hence, the date of vigilance inquiry has been deliberately fixed for October 24, the date of his birthday.

Considering the ugly spat between both the factions, the coming days may heat up the political weather of state all the more.