Shimla: Evoking the court power of contempt, a bench of the Himachal Pradesh High Court, earlier in the week, ordered stopping release of salary to the Vice-chancellor and Registrar of a state run farm university for want of compliance of a court order decreed in September, 2011.

The bench consisting of Justice Sanjay Karol and Justice Rajiv Sharma on 28.10.2013 ordered “the salary of Vice Chancellor and the Registrar of the respondent-University (HP Agricultural University, Palampur) shall not be released without seeking liberty from this Court.”

The stern order came in contempt proceedings moved by HP Agriculture University Pensioner’s Society over a court order passed in September, 2011 directing the varsity to to release retirement gratuity/death gratuity and arrears of pension with dearness allowance in terms of notification dated 5.8.2011. 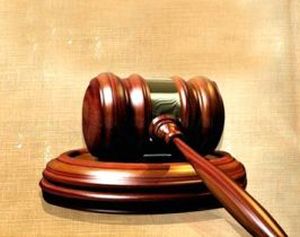 The judges even noted that the university had in fact not even responded to a legal notice served upon them by the petitioners’ society.

When the matter came up before the court on 22.10.2013, it was adjourned with the expectation that the court order would stand implemented by 28.10.2013, especially after the judges had fixed personal responsibilities for doing so.

With no compliance on the listed date, the judges observed, “ there is no explanation forthcoming as to why amount has not been released to the members of petitioners society or the judgment has not been complied with in letter and spirit.”

“We are of the considered view that respondents are in gross contempt of this court. They have failed to comply with the orders of this court. Whether contempt is willful is a question which we shall examine hereinafter,” the judges observed before directing stopping release of salaries of the Vice Chancellor and Registrar.

The court however, refrained from attaching the vehicles of the Vice Chancellor and Registrar, something that the petitioners had also pleaded for in the contempt petition.