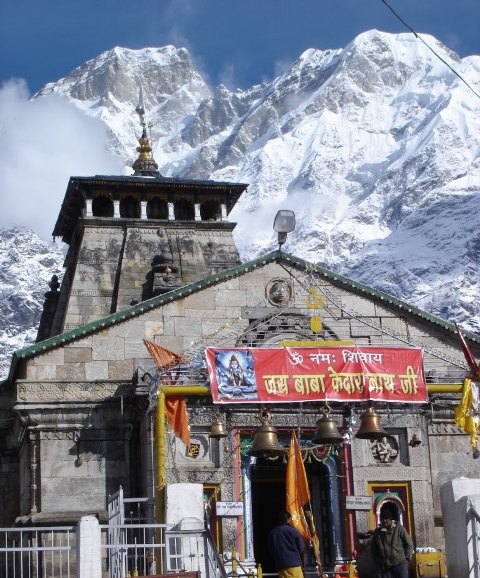 Dehra Dun : With chief minister Vijay Bahuguna declaring that a decision whether pilgrims and devotees should be given to visit the Kedarnath temple at a review meeting on Sept 30, the fact that the VVIP prayer at the shrine to be held on Sept 11 is at the behest of the Congress high command to get the blessings of Lord Shiva for the forthcoming Lok Sabha polls is now getting credence.

Popular belief is that when the shrine is to remain out of bounds for pilgrims and devotees alike for the entire month of September, and it is not sure whether even after permission will be given to them to pay obeisance at the temple thereafter, for whom and why is the VVIP prayer being held. What is the special need of the handful of VVIPs who will be airlifted for the special prayers, is the question that the people have now started asking.

They said that now when it is publicly known that the authorities have yet to decide along which elevation the new pedestrian route will be made, and should they go for the old traditional route from Gauri Kund to Kedarnath, it would take almost a year before it will be complete, it is quite obvious that pilgrims and devotees will be able to offer prayers only after that. Then why the break neck speed at which work for clearing immediate environs of the shrine, they asked.

It is also now clear that even if it is decided that at the Sept 30 to allow a limited number of pilgrims to visit the shrine every day, then too, those keen on paying obeisance will be able to do so only by making the trip by helicopters.

Obviously, the decision will only benefit the chopper company given permission to make the trips and those who have the capacity to shell out the huge cost of the short flight.

It may be mentioned here that as of now only clearing boulders and debris from the immediate environs of the shrine is being done, so that there is a clear and clean approach for the VVIPs who will be coming for the Sept 11 prayers. However, the equipment and other paraphernalia to clean the entire region, specially the debris of the large number of resorts, rest houses and hotels that were devastated in the June 16-17 floods has yet to reach the valley.