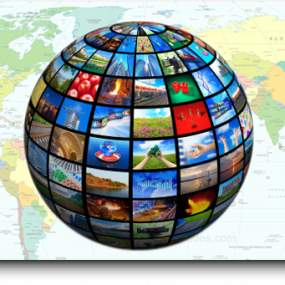 New Delhi: With a robust 18 percent annual growth, India’s entertainment and media industry is set to log a turnover of Rs.2,245 billion ($34 billion) by 2017, backed by rising consumer and advertising revenues, says a major industry report.

The size of this industry increased from about Rs.805 billion in 2011 to Rs.965 billion in 2012 with a 20 percent annual growth, despite a slowdown in the broader economy, said the report prepared by the Confederation of Indian Industry and PriceWaterhouseCoopers.

“It is expected to grow further at about 18 percent (compounded annualy) over 2012-2017 and reach revenues of about Rs.2,245 billion in 2017,” said the report that is to be formally released Sep 13 at the CII Big Picture Summit here.

“We believe that innovation — faster, better, more efficient, thinking out-of-the-box and within-the-box — would be one of the game changers in this space,” Banerjee added.

With a chapter on the innovation-imperatives in the rapidly-evolving entertainment and media sector, the report says that the Indian businesses, like their peers abroad, will need to raise their game in operational agility and customer insight.

“To achieve it successfully, every participant must invest in constant innovation that encompasses products and services, business and operating models and, most importantly, customer experience and engagement,” the report says.

“Innovation should be seen as an important enabler to get closer to consumers and profitably deliver relevant content and services.”

The report notes that factors such as rapid rise of internet usage, high penetration of smart phones, digital advertising, broadband, digital content consumption and regulatory interventions made a significant impact on the entertainment and media industry.

In 2017, while television will continue to lead in terms of revenue contribution, with a 39-percent share, the share of print and films are likely to decrease to 15 percent and 9 percent, respectively.

“Today, if we take the entertainment and media growth without taking internet access and internet advertising into account, the size increased from about Rs.690 billion in 2011 to almost Rs.795 billion in 2012,” says the report.