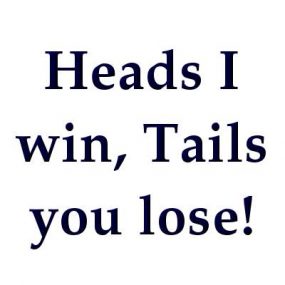 Heard that before, haven’t you? Hobson’s choice!

A week from now we cross the Autumnal Equinox yet again; then as winter slowly sets in, public temperatures will rise. The elections of 2014 get closer.

Competing TV channels will micro-gauge the ‘mood’ of the voters through endless, circular discussions that will end surprising themselves and will then indulge ad nauseum in hair splitting hindsight. Meanwhile as the excitement builds up what are the choices before “We the People”?

There is a clamour for Modi as PM, following his nomination as BJP’s PM candidate, despite the reluctance of sections of his own party or their geriatric patriarch.  Whether this ‘clamour’ is manufactured only the election results will tell.

The always aspiring middle class and the unemployed and unemployable youth seem to be pitching for Modi, not because they understand economics or FDI; but possibly also because of the plain dithering, quivering of the ‘Heir Apparition’ of the dynasty.

Except for Congress lackeys and our vulnerable PM, (not counting Sonia Gandhi for obvious reasons), the masses or the media do not, as yet seriously consider Rahul Gandhi as a possible, even if reluctant PM candidate. Though Dr Manmohan Singh clearly not happy with his present boss, would rather work under Rahul Gandhi, provided of course the latter becomes PM.

That UPA I & 2 have made a veritable mess which unfolds with each passing day, but strangely India now with a considerable history of Coalition governments, heads into another election as if it were a cock fight between a heavy weight CM and a bantam weight Prince MP, for the hand of Lady Bharat.

But election results depend more on what happens outside the ‘akhara’ than inside. Ask Mulayam Singh & son.

But more than the mess, UPA’s non performance on reforms that matter to the aam aadmi is the bigger disappointment and failing.

There is a huge question mark on the likelihood of reasonable implementation of the Food Security Ordinance (which even if good has come too late); but I suppose like the Caste based reservations of Mandal, there is no party, national or regional that will resist implementing the FSO.

The much touted Gujarat model and the alternate Nitesh model remain hotly contested.

But neither Modi nor Nitesh have talked of any administrative and financial reforms to rules and norms that have ensured that less than 15 paise of each rupee reach the people whom they are meant for?

Nor has anybody talked of cutting down the salary bill of mostly redundant babus or curtailing the lavish accommodation and perks made to MLAs and MPs or of accepting the long overdue police reforms or to pledge a timeline to judicial and electoral reforms?

These are some of the changes that are sorely required to make daily life easier and less stressful for ordinary citizens. Of course much more needs to be done to obtain better conditions for the poor, women, widows, the deserted, the disabled and the millions of neglected tribals and the urban wretched of India and its voiceless, vanishing wildlife.

Strangely politicians, including aspiring Prime Ministers are not talking about these things. Perhaps these are non-issues and stumbling blocks to India becoming a global superpower?

Somehow that seems to emerge as the central election issue. Contrarily, election scenarios and prospects for 2014 in UP and Bihar, India’s biggest states continue to be hinged on balancing deep, mideaval religious divides and deeper caste arithmetic; even as the disillusioned pin their hopes on Modi’s governance magic. He now leads the BJP charge into the 2014 elections.

The Left is left splintered like a dry bamboo that has borne the brunt of the heavy hammer of history. Yet they refuse to learn, although in real life most have taken to active capitalism.

One would think they enjoy being Opposed (to everything) especially after having ruled West Bengal for decades as if they were always the Opposition. Try as she might, Mamta didi has been unable to shake off that legacy.

There is, I am informed, the freshly hatched Aam Aadmi Party, who apparently talk a lot of common sense but that is attributed to their being ‘children’ in the underworld of politics and politicians.

The Media find them boring and Arvind Khejriwal gets on the TV only when he threatens to immolate himself or when he leaks juicy tid-bits on the high and mighty.

The venerable Anna Hazare (and along with him big names) having distanced themselves from the political outfit have cast a shadow on this fledgling ‘anti-corruption’ venture; though Aam Aaadmi seems a good euphemism for the frustrated and agonised, which could be a positive force in an Election year?

Then there are the sundry, endogamous, local cabals in cahoots with quick money and self-aggrandisement. Parties, that control and claim support of a patchwork of relatives, communities, castes, organised gangs or religious congregations in the larger mosaic of our ‘Unity in Disunity’ scenario.

Whether its the Ammas, the Gowdas, the Thakerays, Raos and the Badals or Chauthalas; all having established their little fiefdoms much like the Rajas and Ranas of yore and mostly averse to any job or role in Delhi.

Finally there is this little known and never heard tribe of ‘Independents’. The fact that they get elected here and there speaks well of at least some of our voters. Unless they are ‘rebel’ candidates, Independents have some work to their credit to have been elected in times of wanton majoritarianism.

If coalition governments are the future, then why not consider putting many more Independents in Parliament? Especially those who have a blog and are willing to engage with voters? Questions; will they remain independent once elected? But even if they don’t, a message will go that more voters are using their heads than their heels to vote. Wishful thinking again!

The Neta meanwhile merrily sings on, “Heads I Win, Tails You Lose; The day I win, I’ll double the ghoos”.