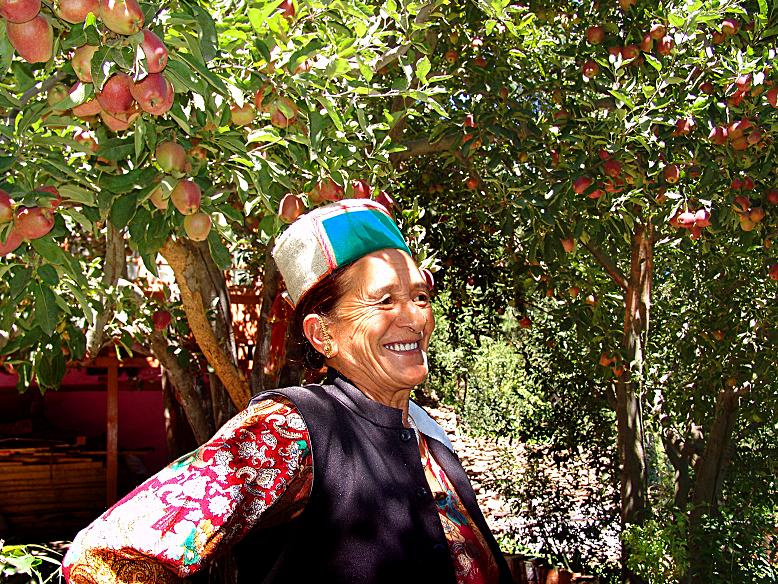 “We are expecting production of over 20 lakh boxes (of 20 kg each) in the entire Kinnaur district,” said state horticulture director Gurdev Singh.

Experts said apple production in Kinnaur was earlier estimated at around 28 lakh boxes. However, mid-June’s weather fury wiped out more than 25 percent of Kinnauri apples.

Apples in Kinnaur are grown at an altitude above 10,000 feet and their harvesting begins when the crop from other districts in the state is almost over.

According to horticulture department estimates, the state is heading for a bumper apple harvest of over 35 million boxes this season after two consecutive years of less than the normal yield of 25 million boxes.

“In Kinnaur also we were expecting a record production of 25 to 30 lakh boxes. But now it will not cross 20 lakh boxes,” said a horticulture development officer posted at Rekong Peo.

Heavy rains between June 16 and 18 caused flash floods like conditions in the Sangla Valley and Pooh blocks, where entire orchards vanished due to landslides.

Trade representatives here said the bumper apple crop, which has created a glut in the market, has also resulted in the prices of Kinnaur apples, which otherwise command a virtual monopoly, crashing.

“A box of apples from Kinnaur is selling between Rs.1,200 and Rs.1,400 in the Delhi market,” said Pratap Chauhan, a trader at Dhalli apple market near here.

He said the initial lots of apple from Kinnaur normally commanded over Rs.2,200 per box.

Apples constitutes about 93 percent of the state’s total fruit production.