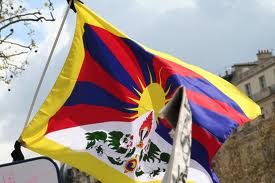 Dharamsala:  The Chinese government has stepped up its crackdown on Tibetan artistes and intellectuals as part of its tactics to crush their language and culture, say exiled Tibetans here.

They say the Chinese authorities have been enforcing a ban on songs that either invoke their spiritual leader, the Dalai Lama, in exile or highlight their aspirations.

Tashi, who was sentenced last month, is known for his deep interest in traditional Tibetan music, and is especially adept at playing mandolin and dranyen, a Tibetan lute.

TCHRD executive director Tsering Tsomo said the ongoing crackdown was an attack on the freedom of expression and opinion of the people of Tibet.

“We have reports that hundreds of people have been detained so far. Most of them have been kept at undisclosed locations,” said Lobsang Wangyal, the producer and director of the Tibetan Music Awards.

He said at least a dozen singers have either been imprisoned or detained for lyrics which openly praise the Dalai Lama and Tibetan unity and identity.

According to Wangyal, even Tibetans in exile have increasingly used art and media as the means to express their aspiration for the freedom cause.

“Websites such as YouTube, Facebook, and Wikipedia are their favourite tools in bringing about awareness and promoting their activism,” he said.

Wangyal himself has been producing different art events such as “Sing for Tibet” to assure fellow Tibetans inside Tibet of the hopes for an end to their misery.

The Central Tibetan Administration (CTA), the government-in-exile based in this Himachal Pradesh hill town, says the most significant expressions of approval and support coming from the community inside Tibet is through their songs, ‘thangkhas’ or Tibetan paintings and offerings of prayers.

“We, Tibetans in exile, can feel the pain expressed by singers like Pema Trinlay and Chakdor in their songs,” Tibetan prime minister-in-exile Lobsang Sangay told IANS.

“The Tibetans have their own language and culture and the Chinese leadership is targeting that. If Beijing ends harsh measures, protests in the form of self-immolation will abate automatically,” he said.

A post on the CTA website, quoting the Dalai Lama’s address during his Sep 12 visit to the Lithuanian Parliament in Vilnius, said “many intellectuals, writers and campaigners, including Liu Xiaobo, have expressed support for our cause. So, I think it may yet be possible to find a mutually acceptable solution”.

Xiaobo, the imprisoned Nobel Laureate Chinese writer, was one of the signatories of a courageous open letter in 2008 that expressed support for the Dalai Lama’s peace initiatives, say CTA officials.

The Dalai Lama fled Tibet after a failed uprising against Chinese communist rule in 1959.

Around 140,000 Tibetans now live in exile, over 100,000 of them in different parts of India. Over six million Tibetans live in Tibet. The government-in-exile is not recognized by any country.