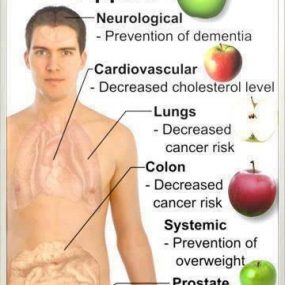 Shimla: Himachal Pradesh, the country’s main apple-growing region that is heading for a bumper crop this season, has launched a rejuvenation project spread across 170 hectares in a bid to expand the apple industry in the state, one of its principal revenue earners that gives employment to thousands of people.

The measure is expected to benefit nearly 350 apple growers initially and 10,000 growers in the long run. Private investment is being encouraged to set up storage facilities with a controlled atmosphere.

Under the Rs.85-crore apple rejuvenation project launched in 2012-13, Rs.24.36 lakh has been spent by the state horticulture department for replacing old and uneconomic apple plantations with improved, high-yielding varieties in 170 hectares, said a government spokesperson.

The project aims to cover over a period of five years 5,000 hectares where plantation was done before 1960.

Apple constitutes about 93 percent of the total fruit production in the state. Chief Minister Virbhadra Singh, in his budget speech March 14, explained that the rejuvenation project would see the planting of new trees to replace old ones. He said the desired results were however not achieved because the project did not provide for the uprooting of old trees in plantations that were nearly 60 years old.

“Now, new guidelines, including uprooting of old plantation, will be issued so that apple growers can rejuvenate their old orchards,” he said.

Surveys of the state horticulture department say the productivity of apple ranges from 6 to 11.5 tonnes per hectare in the state, in comparison to 35 to 40 tonnes in more advanced countries.

Himachal Pradesh’s apple boom is credited to Satyanand (Samuel Evans Stokes Junior), an American missionary, who first introduced high-quality apples in the Kothgarh-Thanedar belt in upper Shimla in the early 1920s. As per the estimates of the horticulture department, the state is heading for a bumper apple harvest this season after two consecutive years of less than normal yield of 25 million boxes.

A production of over 35 million apple boxes of 20 kg each is expected, which is approximately 765,000 tonnes, said the spokesperson.

So far, over 17.5 million boxes have been sent to various markets in the country, he said.