Such images are largely the result of books by Western travellers and explorers in the last century, which helped in keeping the mystique alive. And when the Communist rulers took over Tibet in the 1950s and began imposing Chinese language and culture on the people, Tibet’s own history started to recede in the background. 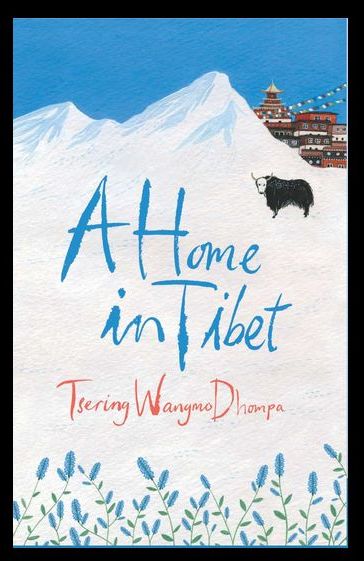 Thus, the only books available in English to Tsering Wangmo Dhompa as a young girl growing up in India and Nepal as a refugee were those written by Westerners, and so she came to view the country as a forbidden land, a place where fantasy and fable collaborated against a dramatic backdrop of mountains, black magic and people with strange customs and appearances.

It is from under the weight of such representation that Tsering attempts to write about Dhompa, her mother’s nomadic village in Nangchen, east Tibet. She struggles to find a way to speak about Tibet without the “influences of the past or prevailing perceptions colouring” her description. The past, however, is significant, especially in Dhompa where her family members were chieftains for over a hundred years.

Tsering is one of the few Tibetan writers who are trying to create a body of literature that seeks to find the Tibetan voice, bereft of the Western romanticizing. She is essentially a poet and her poems have been published in the United States. But in “A Home in Tibet” that has just been released in India by Penguin, she tries to weave a powerful tale of personal history and loss without sentimentality. In her moving narrative laced with occasional nostalgic detours, Tibet is also a main character, a land and its people who remain under subjugation.

From her mother, Tsering learned to understand Tibet as the real home but one accessible primarily through images of loss and irreconcilability. Tibet was forbidden to her because she was a Tibetan. She was born in exile in India and grew up in India and Nepal.

To her, Tibet came alive through her mother’s life stories. “It was a land that carried much of my mother’s nostalgia,” said Tsering recently in New Delhi. “The halcyon days of her life were spent in Tibet. It was an object of yearning and wonder for those who belonged and those who did not — all agreeing on the premise that there was nothing quite like Tibet.”

Tsering’s mother believed, despite many years in exile, that she would go back to her home one day. But before her dream could come true, she died in a gruesome car accident on a northern Indian highway on a foggy wintry morning. Tsering, a lone child, lost not only her mother but her emotional link to Tibet which had slowly occupied a huge space in her mindscape.

“A Home in Tibet” is a homage to a mother and to a land, but one that attempts to understand the effort and the effect of a life in exile and the relationships that are forged with ideas of nation and nationhood. Tsering reveals her own uncertainties in finding a way to see a future for Tibet. She reveals the difficulty in living simultaneously with the fantasy of a fantastic and far-away land, and the reality of Tibet as an occupied country.

After her mother’s death, Tsering moved farther to the United States for studies but Tibet began to come closer to her heart. Finally, when she made her first trip to Dhompa with her mother’s ashes, she found a land and a people so familiar to her and yet so far removed from her own world in San Francisco, where she now lives.

“We live in a condition of expectation, our hope not quite ours, our power not ours,” Tsering writes. “We take to dreaming easily. We dream of returning to a country our young have never seen.” “A Home in Tibet” would now at least provide a view of Tibet that an aching Tibetan heart sees.

By Sudip Mazumdar, a New Delhi-based correspondent. He has reported from the Indian subcontinent for over 30 years and his stories have appeared in Newsweek, Foreign Policy, Scientific American, and many other publications.