Gurgaon: The decomposed body of a woman was yesterday found in the spare tyre compartment of a private school’s bus here, police said. 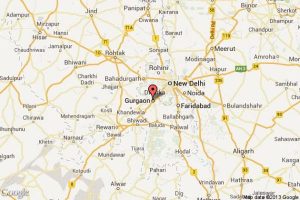 The victim was identified as Priya, 20, who was reported missing Aug 19 by her relative with whom she lived in Gurgaon village in sector 5, police said.

Gurgaon police chief Alok Mittal said: “She hailed from Mahendergarh district and used to work at a premises meant for paying guests.”

Surender Pal Singh, deputy commissioner of police (west), told: “Only the post-mortem report will reveal how she was killed and whether she was sexually assaulted before her murder.”

Kuldeep Kumar, chief of sector 5 police station, said: “For the last three days, the school bus was parked at a deserted spot near Gurgaon village.”

Rajan Singh, the driver of the bus, lived in Gurgaon village and after school hours parked the vehicle there as a routine, he said.

The bus was parked at the spot, barely 200 metres from the police station, for three days at a stretch due to a string of holidays in the school, police said.

Yesterday, the driver was taking the bus to school but it broke down on the way in sector 29. The driver while trying to locate the snag stumbled upon the body in the box.