Washington: Back from a study trip to India last year, a Chicago university recalls it as a visit full of adventures and beauty but also relentless sexual harassment, groping and worse. 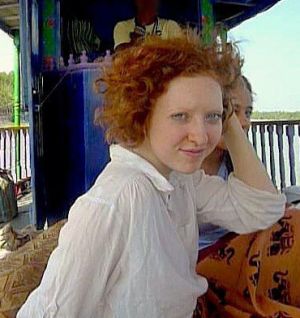 In a powerful account posted on CNN iReport under the username RoseChasm, Michaela Cross says upon her return, she was diagnosed with post-traumatic stress disorder and is now on a mental leave of absence from the school after a public breakdown in the spring.

Her story “India: The Story You Never Wanted to Hear” has struck a chord around the world, racking up more than 800,000 page views as of Wednesday morning, CNN reported.

Cross, a fair-skinned, red-haired South Asian studies major, who left India a few days before the deadly gang rape of a 23-year-old woman in New Delhi, said that helped others understand what she and her classmates went through.

On her return, Cross struggled to find a way to talk about a cultural experience that was both beautiful and traumatising, CNN cited her as saying in her essay.

She writes: “Do I tell them about our first night in the city of Pune, when we danced in the Ganesha festival, and leave it at that? Or do I go on and tell them how the festival actually stopped when the American women started dancing, so that we looked around to see a circle of men filming our every move?

“Do I tell them about bargaining at the bazaar for beautiful saris costing a few dollars a piece, and not mention the men who stood watching us, who would push by us, clawing at our breasts and groins?

“When people compliment me on my Indian sandals, do I talk about the man who stalked me for 45 minutes after I purchased them, until I yelled in his face in a busy crowd?”

“How it feels to be a woman in India”

Later, she writes: “For three months I lived this way, in a traveller’s heaven and a woman’s hell. I was stalked, groped, masturbated at; and yet I had adventures beyond my imagination. I hoped that my nightmare would end at the tarmac, but that was just the beginning.”

A University spokesman confirmed to CNN that Cross is a student at the school, but would not comment on her mental leave. He said the school is committed to students’ safety at home and abroad.

The news channel quoted Cross as saying she didn’t say anything to the professors on the trip until things reached “a boiling point”-what she called two rape attempts in 48 hours.