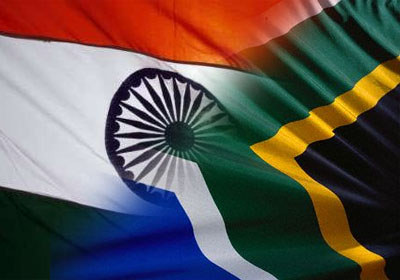 “South Africa is endowed with minerals and we want capital equipment for mining. India should invest in South African mining so that a mutually beneficial partnership leads to more employment in South Africa,” Mogale told IANS in an interview.

Africa’s biggest economy offers a very favourable investment climate and in the areas of expertise of Indian businesses, the acting high commissioner said.

Several Indian companies like Tata Steel, Jindal Group and Essar are already in South Africa with large investments in the mining and mineral sectors.

South Africa-based Hepzibar Mining has been exploring partnerships with Indian business for developing a coal block in Mozambique. The company is also looking for an Indian joint venture partner to develop a diamond block in Namibia.

Training and capacity building is another area of Indian expertise that South Africa hopes to benefit from to a greater degree.

“Indian investments in South Africa will also result in training of local personnel. From there, students and those supported by the ITEC (Indian Technical & Economic Cooperation Programme) are coming to study in Indian universities,” Mogale said.

“We need to export processed food products to India like wine, but it could not be sold profitably in India because of high entry tariffs. South African wine is among the best in the world,” Mogale said.

Bilateral trade between India and South Africa was at $14.7 billion in 2011-12 and is projected to reach $15 billion by the end of the current fiscal.

Discussions are also on for a Preferential Trade Agreement (PTA) between India and the South African Customs Union (SACU).

The talks are necessarily time-consuming because South Africa needed to first agree with other SACU member countries through a prolonged issue-by-issue consultations.

“The on-going discussions for the PTA are complex and some issues need to be resolved so that all parties can benefit,” Mogale said.

Mogale said South Africa’s priorities as the BRICS chair were to implement the decisions of the grouping’s fifth summit held in Durban in March.

“South Africa’s priorities in this regard are implementing the eThekwini Declaration and Action Plan adopted at the Durban summit,” Malose said.

“Work has already been done in some areas like for the setting up a BRICS Business Council, the establishing of a BRICS Bank and an academic council,” the South African envoy added.