Toronto: Members of the Punjabi community in Canada’s Ontario province are opposing a show by Punjabi rapper Honey Singh on the grounds that his lyrics are violent. 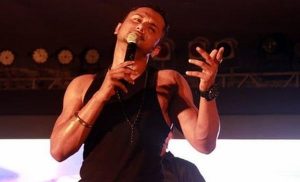 Over 1,100 Punjabis have signed a petition to stop a performance by Honey Singh at Punjabi Virsa Day 2013, an annual event, to be held at the Wonderland theme park in Vaughan Saturday.

“We don’t think a singer like him has any place in a peaceful country like Canada,” the Toronto Star quoted Gurmukh Singh, co-founder of Guru Nanak Mission Canada, as saying. The charity launched the petition.

“We don’t want to bring all the gun violence and vulgarity from back home into this nation.”

However, Wonderland theme park and the show’s organisers have refused to accept that the rapper’s lyrics were so offensive that he cannot be allowed to perform.

“We’re a family park, and it is important to us to ensure that programmes are family friendly,” Wonderland spokesperson Dineen Beaven said.

“We’ve done background on the performer and we’ve spoken to the producer and we’re going to proceed with the show,” he added.

Honey Singh came under fire in December after a song titled ‘Mein Hoon Balatkari’ (I am a rapist) attributed to him surfaced on the internet.

It happened shortly after the now infamous December 2012 rape in New Delhi but Singh denied writing the number.

A case filed against him over the issue was dismissed by the Punjab and Haryana High Court.

According to Joginder Bassi, one of the organisers of the Saturday event, the petitioners are overreacting to Honey Singh’s music.

“Canadian society is a lot more open than Indian society, and if Indians and Punjabis have no issue with Honey Singh, one must ask why a few people here are trying to make it an issue,” the Star quoted him as saying.

Around 8,000 tickets for the show have already been sold.

Pritpal Chattha, president of the Guru Nanak Mission Centre in Brampton, fears the show might lead to fights between different groups, giving the Punjabi community a bad name.

He said the rap artiste’s lyrics teach young members of the Punjabi community to be violent and objectify women when in fact it is important to teach them the very opposite.

“Especially for a society that is so male-dominated, it gives the wrong message,” he said.