Washington: Making clear that its hands off policy on Kashmir has not changed, the US has reiterated that it was for India and Pakistan to determine the pace, scope, and character of dialogue on Kashmir. 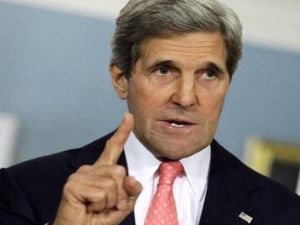 The US was “aware of these unconfirmed reports and are concerned about any violence along the Line of Control,” State Department spokesperson Jen Psaki told reporters Tuesday when asked about reports of killing of five soldiers in an ambush of an Indian army patrol.

But the US “policy on Kashmir has not changed,” she said. “We still believe that the pace, scope, and character of India and Pakistan’s dialogue on Kashmir is for those two countries to determine.”

In response to a question an ongoing terror threat that has shut down 19 US embassies for the week, the spokesperson said “the US Government remains highly concerned about possible attacks on US citizens and US facilities, businesses, and perceived US and Western interests.”

“In terms of any recent conversations with officials in India, I don’t have any update for you on that,” she said.

Meanwhile, speaking aboard Air Force One Tuesday, White House press secretary Jay Carney reiterated that despite the current situation, Al Qaeda is a far less significant threat than before.

“There’s no question that core Al Qaeda in Afghanistan and Pakistan has been devastated, its leadership diminished, and is on the run,” he said.

“To the extent that they play a role, it is in our view inspirational and while I can’t address reports about intelligence, I would say that remains our view.”