Nairobi: India’s higher education sector is back in the East African region determined to reclaim its place as the leading destination for students from the region. 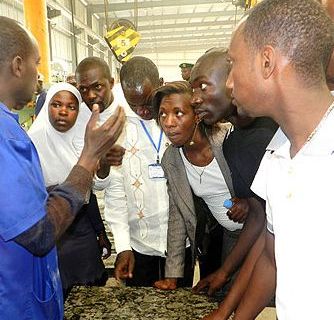 Indian universities are holding workshops in East African capitals for potential students and parents, appointing recruiting agents and aggressively advertising opportunities on offer in their colleges.

Besides lower fees and a wide choice of courses, the universities also have lower cut-off requirements compared to local private institutions. Students are admitted without having to undergo a pre-university course.

Indian High Commissioner to Kenya Sibabrata Tripathi said that universities in India have remained popular in Africa because of the quality of education, the use of English, costs and quality.

“India offers quality higher education at an affordable cost. The use of English as a medium of instruction, reasonable living costs, the ethnic, religious and cultural diversity in the country, similarity of life experience in a developing country and the presence of foreign student communities from various countries continue to act as an attraction,” Tripathi told.

“Distance education courses offered by some institutions are also becoming popular in recent years,” he added.

The institutions also arrange visas for recruited students making it easier for parents, who would otherwise spend days chasing after the immigration papers.

The fact that India has a reputable, older and more developed higher education sector is also likely to be magnet to students, according to Patrick Mbataru, lecturer at Kenyatta University.

The Indian government’s scholarships to African students each year has also ensured that the country holds its sway in attracting foreign students with a country like Kenya benefiting from close to I00 scholarships each year.

“The Indian High Commission, in association with the government of Kenya, annually administers over one hundred fellowships up to the doctoral level for Kenyans for study and training in India under the Indian Council for Cultural Relations (ICCR), India Technical and Economic Cooperation (ITEC) and other programmes,” Tripathi said..

“Thousands of Kenyans have availed of Indian government scholarships over the past six decades. They are now pursuing successful careers in Kenya in fields like government, management, academic and scientific research, law, IT and accounting,” Tripathi said.

Courses being marketed to students include the ever popular bachelors degree in commerce, engineering, information and communication technology, health sciences, including nursing, and law.

India remains among the top five destinations for Kenyan students travelling abroad for higher education. Kenya was among the top six countries of origin of foreign students in India till only a few years back.

According to Kenya’s High Commissioner to India Francis Kaberia, this country has some 3,500 students studying in India. Uganda has sent more than 800 students, mainly to colleges in Delhi, while Tanzania has around 1,000 studying mainly in the Hyderabad area.

Uganda is currently in talks with the Indian government for signing a pact to facilitate easier issuance of student visas and temporary work permits to students as the number of those seeking education there continues to rise.

India has for years been the higher destination of choice for education hungry East Africans starting in the 1940s, when both regions were ruled by the British, and continuing after 1947 when India got independence and generously granted help to liberation movements in East Africa.

Currently some 25,000 Africans students are studying in 500 public and private universities across India according to Tripathi, and the numbers should grow in future with increased cooperation between India and Africa.