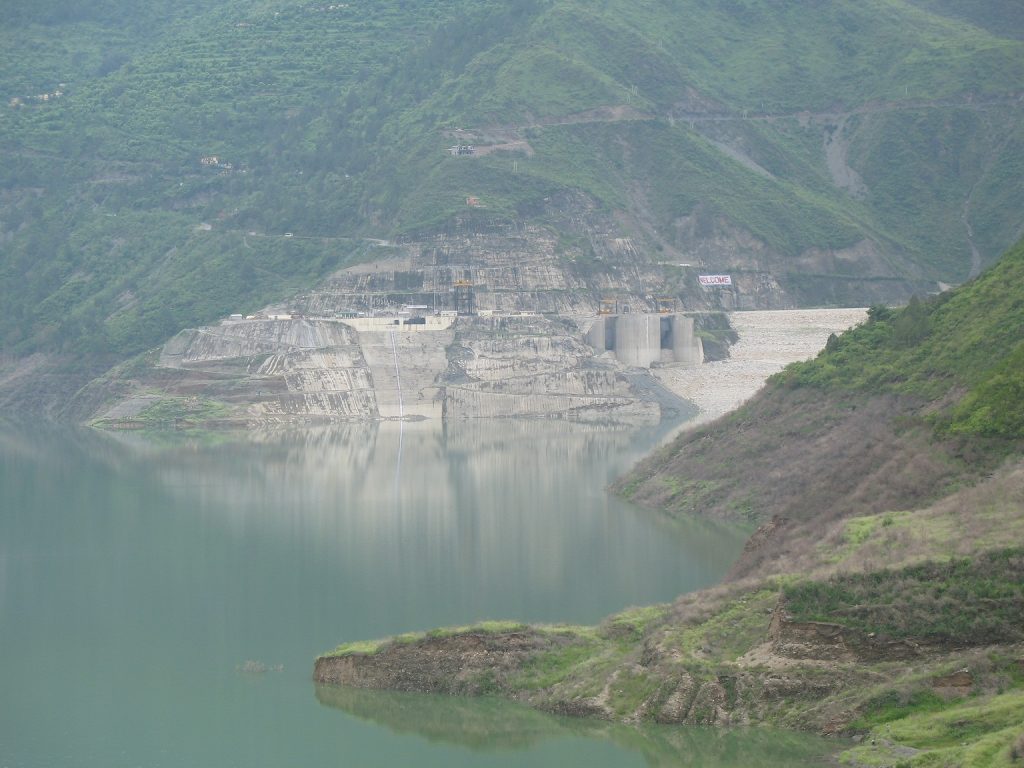 Dehra Dun : The incessant rains in Uttarakhand, that is already reeling under the havoc caused by the June 16-17 Himalayan Tsunami and subsequent cloudbursts in different parts of the small mountain state, is facing another crisis. The sharp increase and continued rise of water levels in the Tehri Dam reservoir.

According to officials of the Tehri Dam, the maximum water level that can be held in the reservoir is 825 metres, and the water levels were nearing the 820 metre mark. This is after the Dam authorities had been releasing large amounts of water for the past four days, to prevent the water level from going beyond the maximum permissible limit mark.
The water had been released by the dam authorities after issuing an alert to the downstream townships of Harudwar and Rishikesh, where the Ganga levels rose alarmingly after the water was released. The reason for this was attributed to the fact that the river is already in spate, because of the intense rains in its catchment area for the past week and the spillover of the Tehri Dam only made matters worse.

Officials of the Tehri Dam said that with the rains showing no signs of abating, there was definitely a problem in their hands as there is a limit to the water that they can release without flooding the low lying areas of the downstream townships. There are about 20 villages in the ‘khadar’ area of the Ganga near Haridwar, which could be affected is substantial amount of water is released, they added.

Meanwhile officials in Haridwar said that they were keeping a keen watch on the water level in the Ganga and so oong as water from the Tehri dam is being released, a condition of alert is being maintained, though the water levels have not risen to create panic. The danger level of the river in the city is 294 and the water level is at about 293, they maintained.

But what is causing concern is that the met department continues to predict moderate to heavy showers in some of the catchment areas of the river, upstream of the Tehri dam, which could rause the water levels in the reservoir. The increase in the water levels has already flooded a bridge which was connecting 14 villages and the administration has pressed a motorboat into service for use by the residents of these villages to cross over.

Meanwhile concerned authorities here said that the officials in Tehri were keeping a eatch over the situation and as of now things were under control. But should there be very heavy rains in the next 48 hours, the situation could become tense, specially for the villages around the dam reservoir wgo fear that their agricultural land could be lost due to erosion or sinking.