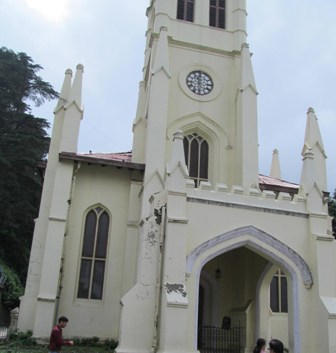 Shimla: Christ Church at Ridge is considered to be the second oldest church of the northern India and the oldest landmark of the town. Despite this the authorities of the church and the Shimla Municipal Corporation are showing their indifference attitude towards its repair and upkeep.

Being one of the most prominent buildings in the city that has become a landmark for the city, it is revered by locals and tourist alike and its history dates back to more than 150 years. 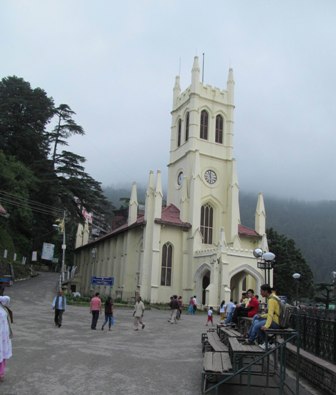 The sanctification ceremony of the church was performed by the Right Reverend Thomas Dealtry Bishop of Madras on January 10, 1857 but the first cornerstone of Christ Church at Ridge, Shimla was laid on 9th September 1844 as mentioned in Simla Past and Present, a book that documents the history of the colonial township.

Over the years, while a number of changes and face lifts have taken place around Christ Church but no one has taken an initiative to make improvement in the Church building. However, in the name of the maintenance once the clock was repaired and brought into working condition in September, 1999 but currently it is in a dismissal condition.

Moreover, the cracks have developed at various parts of the structure which can been seen from The Ridge and are in need of immediate repair.

The clock was repaired once by the German gentle man at his own cost and with the help of computerized system, he had made it functional but ignorance on part of management reduced the efforts to nothing as the clock is dysfunctional again. Till date the problem has neither been rectified nor any effort made to repair the clock.

However Mushaq Malik, responsible for management of the Church claimed that it would renovated by year end. 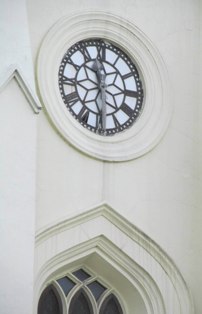 He let this reporter know that “we have sent an application to renovate the building to Shimla Municipal Corporation. They have asked for the specifications, the day the permission will be given, repair work will be started soon.”

“All work has been decided, an architect who assigned the task has drawn up a plan from where to start”, Malik said

John Peter, a resident says, “The church needs to be renovated soon as it is where we congregate to worship. The government too needs to intervene and take some initiatives for its upkeep as it is the landmark building of the city that has a lot of heritage value.”

When contacted Tikender Panwar, deputy mayor of the municipality refuted the Church authority claims and said, “Till date we do not received any application from the church authorities about it needing any kind of repairs works.”