Shimla: At least four pilgrims from Punjab were killed and 25 injured today when an overloaded truck in which they were travelling overturned in Himachal Pradesh’s Una district as they were returning from a popular Sikh shrine, police said. 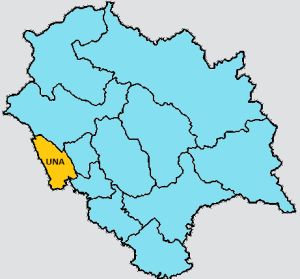 The truck overturned near Dera Baba Vadbhag Singh shrine, some 175 km from Shimla. The pilgrims were returning to Punjab after paying obeisance at the shrine, Deputy Superintendent of Police Madan Lal told.

He said some of the injured were admitted to the district hospital at Una. The devotees belonged to Tarn Taran district.

The cause of the accident is yet be ascertained, Lal said.

According to the police, the truck was converted into a double-decker by fitting wooden planks so that more passengers could be accommodated.

Though it is illegal, double-decker trucks carrying passengers is a common sight in Himachal Pradesh, especially during religious festivals.

In 2010 too, three devotees belonging to Tarn Taran were killed and 47 injured when their truck overturned. At that time also they were returning after paying obeisance at the Dera Baba Vadbhag Singh shrine.