Dehradun: Remember the Aesop’s fable ‘Wolf, wolf’. Well if what Uttarakhand chief secretary Subhash Kumar said to the media is to be believed, like in Aesop’s fable the villagers did not come to protect the shepherd and his sheep when the wolf actually came, was exactly why the state government did not take any action to save the life and property of the lakhs of people, when the heavy rains caused the flash floods and subsequent macabre tragedy. 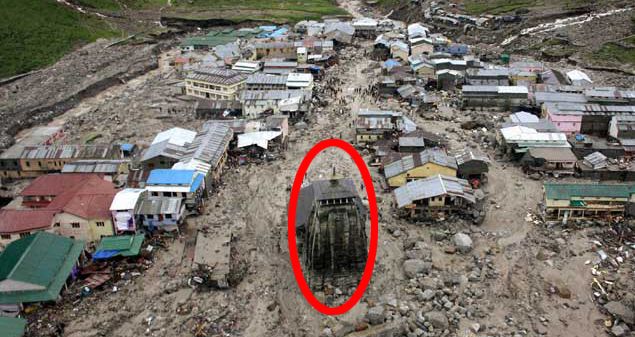 Interestingly Subhash Kumar told the media that he was personally aware that for the last 15 to 16 years (Uttarakhand came into existence only in Nov 2000), the meteorological department routinely informs of heavy and very heavy rains. This time too, it had sent the warning on June 14, followed by one on June 15, which was routinely forward to the district magistrates and others and no though given to it.

He categorically stated that the warning did not state where the very heavy rains would be and if at all it would be followed by flash floods. Had the warning been area specific, perhaps action would have been taken, which was why the warning was taken as a routine exercise and dismissed as a matter of fact routinely. So when the tragedy did strike the Uttarakhand government and its battery of officers, were caught with their pants down.

But this is not all. Incharge of the state Disaster Management Authority went a step ahead. He has gone on record to say that no warning was issued by the meteorological department and that it was only information regarding heavy rains. Had a warning been issued for very heavy rains, perhaps efforts would have been made to stop the char dham yatra and the pilgrims asked to remain where they were or move to higher areas, he claimed.

However, director of Uttarakhand’s meteorological department, Anand Sharma categorically mentioned that warnings of heavy and very heavy rains were issued not only on June 14, but on subsequent days also. An advisory was also issued that the people be informed not to venture out in the hills and that the char dham yatra be postponed for four days. “The word ‘very heavy rains’ is not a routine warning and issued only in extreme conditions”, he pointed out.

The grim fact is that rains lash the higher reaches of Uttarakhand during the rains and there have been more than one tragedy in the hills in the past years. So the officials, right from the top most echelons of the bureaucracy and the political hierarchy cared a fig about the warning. It was presumed that there would be land slips and landslides and the yatra would be disrupted at one or two places, which was no big deal for this small mountain state.

Now that the state meteorological department has categorically mentioned that the huge loss to life and property could have been saved to a great extent had the official machinery reacted timely to the advisory that had been issued, scapegoats are being looked for and fingers are being raised at the very department which issued the advisory well in advance. The chief secretary has himself admitted that the advisory was taken lightly, perhaps too lightly.

But what is appalling that despite the advisory having been issued, the rains having lashed the higher reaches of the state and Kedarnath and Ram Bara literally wiped out, chief minister Vijay Bahuguna rather than rising to the occasion and putting in all efforts in rescue and relief operations immediately, went to Delhi after the cabinet meeting on June 16, when the tragedy had already unfolded itself and thousands of people were being washed down by the flood waters.

Hill Post had written long back that the death toll in this macabre tragedy that has hit this small mountain state will remain at best guesstimates. Now chief minister Vijay Bahuguna has also said that it will be nigh impossible to know how many people actually died in the worst ever tragedy that has hit Uttarakhand. The official toll has been out at about 1000 dead and another 3000 missing, but figures vary from several hundreds to several thousands, depending whom you are talking to.

While Bahuguna has made the first step and announced that henceforth no construction will be allowed along the banks of the rivers in Uttarakhand, he has not said anything of the large number of constructions that have already taken place and were lucky not to have been wiped out in this recent disaster. His government should also conduct a survey of how the constructions came up, punish the guilty who gave the permissions and order the dismantiing of all illegal structures.

In fact environmentalists did not mince words and said that nature had given its wake up call not only to the Uttarakhand government, but all the governments of the hill states. “If you fool around too much with nature, it is going to recoil in a big way, for nature has its own way of answering back, which can be very severe as the recent tragedy has shown. It will be better that the governments do not play with nature”, they maintained.