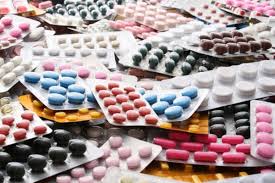 Shimla: The Himachal Pradesh government has allowed life-saving drug maker United Biotech Pvt Ltd to set up its facility in the state at an outlay of Rs.550 crore, an official said heretoday.

He said all the proposed investment proposals were of Rs.790.24 crore and would provide employment to 1,805 people.

With an investment of Rs.21.98 crore, the company would set up controlled atmosphere store for apple and other fruits in Theog area of Shimla district.

The expansion proposals included that of Ranbaxy Laboratories Ltd, which has proposed to invest Rs.84.70 crore at its facility in Baddi in Solan district.

The hill state would soon have three new state-of-the-art industrial areas being developed in Una, Solan and Kangra districts and about 500 “bigha” (one bigha is 0.4 hectare) has been identified in each district, said officials of the department of industries.

To facilitate the entrepreneurs, officials said, the government has set up the single window clearance and monitoring authority headed by the chief minister.

The clearances by the authority are now being given within a period of 90 days of receiving the application.