New Delhi: The thoughtful construction style of the Kedarnath temple in Uttarakhand saved the 11th century structure from any serious damage during last month’s devastating floods, says an Archaeological Survey of India (ASI) official, adding that a barrier would be constructed to protect the shrine from any future calamity. 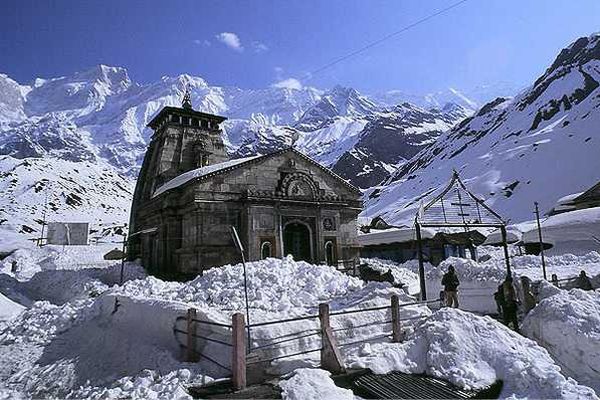 “The safety of the structure despite this calamity is because of its orientation and style of construction. The domes of the temple are interlocked with each other using iron clamps; that is why they are intact. Only loose and cracked stones of the temple have come out,” B.R. Mani, ASI additional director general, told in an interview.

“Another rare aspect of this temple is its north-south orientation. Mostly temples face east or west. But this temple is facing south, which is a rare phenomenon. It may be possible that in the 11th century the people had thought of the stones rolling down from the north or any such calamity; hence they structured it like this,” he added.

The ‘Himalayan tsunami’ last month killed hundreds of people and thousands are missing. Thousands of houses were uprooted, hundreds of bridges and roads washed away or destroyed in landslides and gushing rivers. Amidst this devastation, Mani says, on a scale of hundred the temple is 99 percent safe.

“Whatever we have seen in pictures is that a door of one of the ‘mandaps’ (canopy) has been broken, and on the back side of the temple a few stones have come out. On one side of the temple there was an Ishan temple — it seems to have been washed away, as we can’t see it in the photos,” he added.

Standing majestically tall at an altitude of 3,969 metres above sea level, the Kedarnath temple has been built in the Rekha-Sikhara style with three different horizontal divisions. Despite the fact that the Kedarnath temple doesn’t come under ASI-protected sites, due to the religious sentiments attached with this holy shrine, restoration has been entrusted to them.

A team had flown from the capital in June to chalk out a restoration plan after visiting the site, but due to inclement weather and no road connectivity, the team had to return. From whatever they could see from the photos and understand after reading the history of the temple, they have identified its vulnerable areas.

“We will be building a barrier on the sides of the temple. The mountain side makes it vulnerable to rocks and possible floods. The length of the wall would be such that the beautiful view of the valley is not obstructed,” Mani said, adding the barrier will be similar to the Shore temple in Mahabalipuram.

“We had constructed a grand wall around the Shore temple to prevent the waves of the sea from coming into the temple premises. So we are planning a barrier like this to stop the rush of stones or boulders, if any,” he explained.

Till the team visits the site physically, no budget estimation can be quoted for restoration, but the ASI would be focussing on bringing back its original glory.

A meeting with experts from conservation architectures to engineers along with help from the state government will be used in devising a plan for restoration.

“Conservation is a slow process. It is not rebuilding a structure but it is conserving the structure as per the original. For that we have to use the same material to keep it close to the original. We would also be using more iron than mortar,” Mani pointed out.

“The first part of conservation is that a person would not be able to differentiate between what is new and the original. It is because the same set of materials is used and that allows to maintain the glorious past of our history,” he added.

In India there are thousands of monuments, some of them are centrally protected, whereas some are under protection by private bodies or trusts. Mani feels all their efforts become helpless in the face of natural calamities like earthquakes. But, the ASI takes all precautions to maintain is what comes under their aegis.