Chandigarh:  His fall from grace was much faster than his political ascendancy. Having reached a high of being the country’s railway minister, Chandigarh MP Pawan Kumar Bansal is struggling to keep himself politically afloat.

Having been forced to resign in May over an alleged cash-for-top job bribery case involving his nephew, Bansal is trying to salvage his political battleground – Chandigarh – keeping in mind the fact that the next general election is less than a year away. 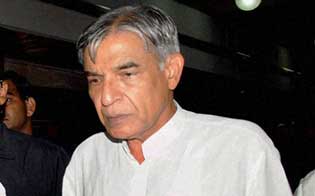 Bansal may have found temporary solace in the fact that the Central Bureau of Investigation (CBI), which arrested his nephew Vijay Singla and a few others in the case in May, had made him a witness in the case and not an accused, as demanded by the opposition. But the final word on the controversy is yet to be said and it is the courts which will decide Bansal’s fate.

The controversy has put Bansal in a tight spot – his political future versus his family ties.

Having been made a witness by the CBI, Bansal may have to depose against his own nephew and his (nephew’s) friends involved and arrested in the case. The nephew, despite Bansal’s claims that they had no business dealings, was an important entity in the last few years as Bansal’s political fortunes rose. The fortunes of Bansal’s relatives too grew with his ascendency.

The question being asked now is: Will Bansal will depose before his own nephew to save his own (political) skin?

The former railway minister, who has been elected from Chandigarh four times, now faces a political onslaught not only from the opposition Bharatiya Janata Party (BJP) but has to be cautious of senior national level leaders from his own Congress party who could be looking at Chandigarh for their political prospects in the near future.

Two names already doing rounds in Congress circles here are of Minister of State for Information and Broadcasting Manish Tewari and Law Minister Kapil Sibal. Both have a strong Chandigarh connection – having grown up and studied here and with their close relatives living here.

After his unceremonious exit from Rail Bhawan, Bansal not only made a quiet entry to Chandigarh but has remained largely low-profile and media-shy. He has been carefully engaging his close political aides to work out his local visits and meetings so that he remains in political circulation.

The soft-spoken leader now looks tense and gets irritated quickly, especially when the media is around. After being dethroned, Bansal is even alleged to have threatened a journalist here. In his limited – and carefully chosen – interactions with the media, Bansal clearly tries to put up a brave face, knowing fully well that he is fighting with his back to the wall.