“This 200 crore ropeway project will bring Himani Chamunda at par to Vaishnoo Devi in popularity”,  Shanta Kumar wrote in a letter to the chief minister, a copy of which was released here to the media. 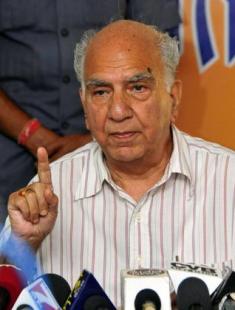 He said as a member of parliament, he himself had been contributing much towards developing this religious site and had recommended funds for building a road to the temple.

At the same time, Shanta Kumar, a former chief minister, cautioned that the government needed to very cautious about approving development projects, especially hydro electric projects in Himachal Pradesh for there were many lessons to be learnt from the Uttarakhand disaster.

He said, “there was tremendous scope for tourism in Himachal and religious tourism could take it to global levels and the ropeway project was a step in this direction.”

Seeking for an early start to the project, he said “beauty of Dhauladhar snow ranges would always be a tremendous tourist attraction for the region.”